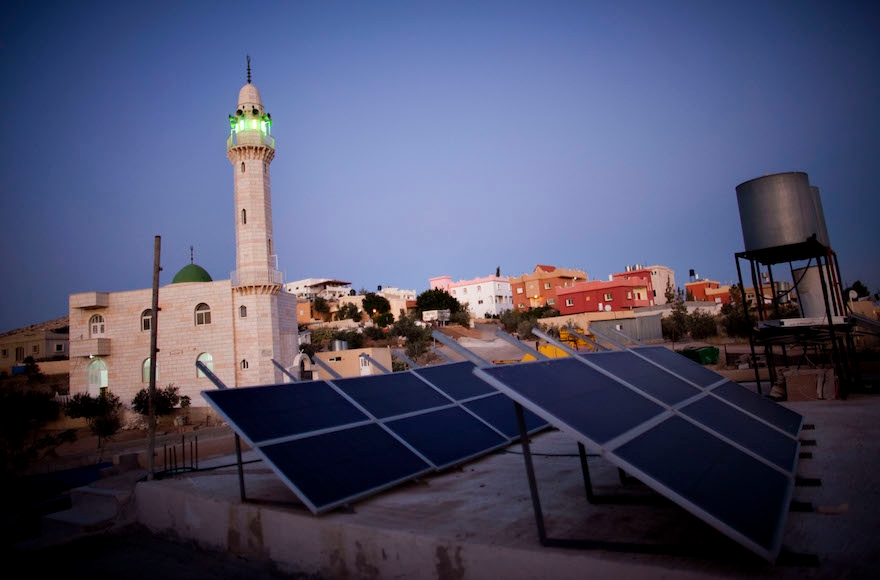 (JTA) — One of Israel’s strongest condemnations of Donald Trump wasn’t about the peace process. It didn’t concern Trump’s broken promise to relocate the U.S. embassy, or his reported leak of Israeli intelligence.

It was about climate change.

“Even if there’s a 50 percent likelihood that climate change and global warming are caused by human activity, it is our duty to act to minimize risks,” Steinitz posted on Facebook Thursday, the same day as  Trump’s announcement. “The Paris accords were a rare occurrence in which the world united — save for Syria and Nicaragua — to care for the welfare and health of future generations.”

Like the U.S., Israel has a right-leaning government, with left-wing parties largely limited to protest votes. The American and Israeli governments appear to agree on the dangers of extremist Islamism, and their leaders have heaped praise on each other with regards to everything from military action to economic policy.

But Israel’s stance on climate change shows that, in some ways, it’s more like the rest of the world than like the United States.

After Israel signed on to the Paris accords in 2015, Prime Minister Benjamin Netanyahu’s speech to his cabinet sounded like it could have been given by then-President Barack Obama. Netanyahu called the accords an “important agreement.” He acknowledged the reality of global warming and pledged to combat it. Enforcing the agreement, he said, “demands international discipline, which is not easy, but for the good of humanity, I hope that it will be found.”

To that end, Israel promised, by 2030, to keep greenhouse gas emissions at about their current levels. Taking population growth into account, the plan amounts to a per-capita reduction of greenhouse gas emissions of approximately 26 percent. Israel’s plan also included an eightfold increase in renewable energy sources, implementing greener building codes to promote energy efficiency and investing in public transit.

At the time, Israeli climate activists called the commitments insufficient. But they welcomed the plan as a first step.

Israel’s climate change pledge also played into its self-image as a leader in environmentalism, a country whose founding story includes “making the desert bloom” and rejuvenating forests from north to south. Israel recycles the vast majority of its water, lines its apartment buildings with solar water heaters and has pioneered agritech innovations to save water and energy. The country boasts massive offshore natural gas fields that can provide cleaner energy than coal or oil.

In supporting the agreement, Netanyahu wasn’t an outlier among conservative leaders. Right-wing governments, from the United Kingdom to Russia to Turkey, have remained committed to the global fight against human-caused climate change, even as America’s conservative president has questioned its existence.

Fighting climate change is one of many domestic issues that’s politicized in the U.S. but is supported by the right-wing in Israel and elsewhere. Shared feelings between Republicans and Likudniks on halting Iran’s nuclear ambitions don’t extend to contentious domestic issues in America like gun control, universal health care or abortion.

For example, despite mandatory military conscription, private gun ownership is a privilege with strict limits in Israel, not a right. Last year, Netanyahu’s government trumpeted its expansion of federally funded health benefits. Abortion in Israel is covered by health insurance and available in 99 percent of cases. The closest thing Israel has to an American-style pro-life group is a nonprofit called Efrat, which offers financial support to dissuade women from abortion, but which does not campaign for legislative restrictions.

Netanyahu and Trump may be engaged in a public lovefest when it comes to combating terrorism in the Middle East. But as for the future of the planet, Israel is standing with everyone from Lebanon to Luxembourg — and not with the United States.