Ahead of the start of the annual Israel Festival, the country’s largest multidisciplinary arts event, she declared that her office would no longer fund performances that include nudity. Two performances this year include full-frontal nudity, and in Regev’s view, they harm the country.

“A performance in full nudity, even under the cover of art, is contrary and detrimental to the basic values of the Israeli public and Israel as a Jewish and democratic state, and hurts the feelings of the wider public,” Regev said in a letter Tuesday to the festival’s director general, Eyal Sher.

Sher vowed not to change the festival, saying Israelis could decide for themselves which kinds of art they wanted. But Sher and others in Israel worried that Regev and her right-wing government would still have a chilling effect on artistic expression.

Held in Jerusalem since 1979, the Israel Festival features dozens of performances by international and local artists. This year, the event runs between June 1 and June 18. About one-fifth of the festival’s some 10-million shekel budget comes from the ministry.

Sher, who is helming the festival for the third straight year, told JTA that funding from the Culture Ministry is “critical,” allowing him to focus on artistic rather than commercial considerations. But he said he would never allow the government to dictate to him.

“There’s no chance this will affect us directly or indirectly,” he said, referring to Regev’s letter. “We’re proceeding as planned, and sticking to the very basic values of democratic society — freedom of speech, freedom of labor and so on.”

Sher said he had never faced political pressure on the festival before, but he was not surprised when it came. Every government tries to “instill a certain narrative,” he said, and this one has been unusually overt in its promotion of Jewish nationalism.

“The difference is what’s happening now is very overt, very blunt, very in your face. It’s sort of spreading fear, and it has a divisive effect instead of a unifying impact,” Sher said. “It’s not that we’re not fazed, but we’re not giving into it either. So it’s just a question of whether democratic values will be crushed.”

Regev, who served as the Israel Defense forces spokeswoman and censor before being elected to the Knesset with the Likud party in 2009, has made a name for herself with populist attacks on Israel’s creative class, which she has called “tight-assed” and “ungrateful.” She has threatened to defund cultural productions and organizations that she deems disloyal to the state, including for their associations with Palestinian nationalism and opposition to Israel’s West Bank settlements.

In September, Regev stormed out of the Ophir Awards, Israel’s version of the Oscars, during the performance of a poem by Palestinian national poet Mahmoud Darwish. When she returned to present the top award for the Bedouin drama “Sand Storm,” she was heckled by the crowd of industry big wigs. Two Palestinian actresses from the film refused to take the stage with her.

“What have we sunk to?” Regev said at a press conference she called the next day. “In an official award-giving ceremony, to hear a poem by a poet who calls for the destruction of the State of Israel? This is not about left and right, this is about preserving our very existence here.”

Regev’s campaign against supposed subversion has so far been mostly rhetorical. In 2015, Deputy Attorney General for Legislative Affairs Dina Zilber said in a legal opinion that the minister could not condition funding on content. Last year, Attorney General Yehuda Weinstein thwarted Regev’s plans to cut off funding to cultural institutions she deemed “unpatriotic,” saying it “limited artistic freedom of expression.” And the bill Regev subsequently proposed to advance to the same end was never finalized.

Still, Sher said Regev’s words alone could serve as a restraint on the many Israeli artistic organizations and productions dependent on the government’s goodwill.

“The biggest danger is a process wherein people self-censor. They think: Why do I need to take on this battle right now?” he said.

Haaretz made a similar case in an editorial Friday, and the sentiment was echoed on social media. Among the few who came to Regev’s defense was Shlomo Puterkovsky, a columnist for Israel’s Yedioth Aharonoth newspaper, who wrote on Friday that free expression is not an absolute right. “Nude shows are not a Jewish thing,” Puterkovsky said, and “clearly damage Jewish values.” 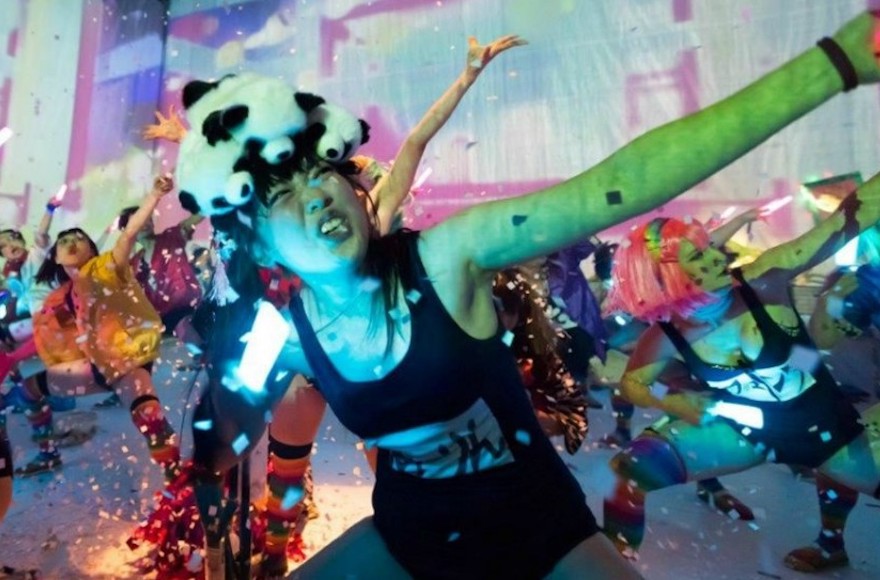 Some see the government’s attempts to influence culture as part of a larger crackdown on freedom of expression. In 2015, Israel’s Education Ministry banned a novel about a romance between an Israeli woman and a Palestinian man. Last year, the Knesset passed a law that had the effect of requiring financial disclosures by left-wing NGOs. And last month, the government launched a new public broadcaster without a news division for fear of critical coverage.

“It’s part of a bigger picture of nationalism — trying to beat the left and the Arabs as much as you can,” Amir Fuchs, a researcher with the Israel Democracy Institute think tank, told the Atlantic. “It’s populism, which is a popular thing right now, and not only in Israel.”

Some of these efforts have been largely symbolic or even counterproductive. The book, called “Borderlife,” went from relative obscurity to a bestseller in Israel, recently garnering a review in The New York Times. And even the NGO law’s harshest critics acknowledged that it had little practical effect.

But as an example of the real-world impact of Regev’s rhetoric, some point to the Acre Fringe Theater Festival, whose steering committee recently blocked the inclusion of a play called “Prisoners of the Occupation,” which deals with the stories of Palestinian prisoners. In response, the festival artistic director, Avi Gibson Bar El, resigned, and six of the eight troupes scheduled to perform subsequently said they would not participate unless the play was allowed.

The management of the festival, which has been held in the mixed Jewish-Arab city in northern Israel since 1979 and is funded by the Culture Ministry, blasted Gibson’s resignation. “Gibson’s decision that year after year the main topic would be terrorists with blood on their hands is evidence of a fixation and inability to diversify,” it said.

An actor in one of the troupes boycotting the festival told Haaretz the plan was to perform elsewhere. “This year Acre will have the Miri Regev festival,” he said. “The Fringe Theater Festival will take place in a city that understands freedom of expression.”