Roger Waters: ‘I have made every effort to engage’ with Radiohead on BDS 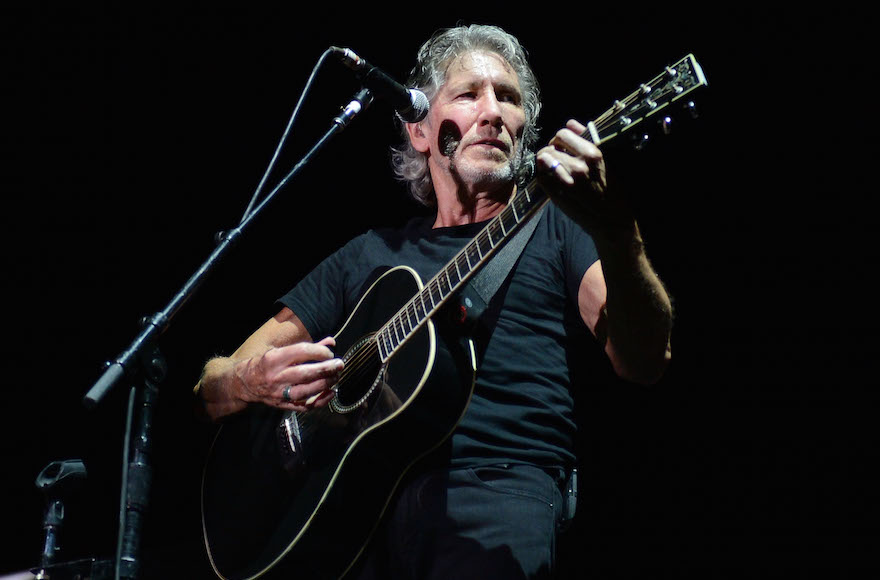 (JTA) — Roger Waters said he personally reached out to Radiohead frontman Thom Yorke requesting that the band cancel its upcoming show in Israel.

Waters, the Pink Floyd bassist who is a leading proponent of the Boycott, Divestment and Sanctions movement against Israel, responded Monday to an interview Yorke gave to Rolling Stone last week in which he objected to an open letter, co-written by Waters, urging the band to cancel the July show.

“The kind of dialogue that they want to engage in is one that’s black or white,” Yorke said. “I have a problem with that. It’s deeply distressing that they choose to, rather than engage with us personally, throw shit at us in public.”

Waters says that isn’t what happened. In a statement to Rolling Stone, Rogers says he sent three emails to Yorke before publishing the open letter. Waters’ statement says Yorke responded to the first email, but not the second. Whether he replied to the third is unclear.

“On February 12th, hoping to start a dialogue, I sent an email expressing my concern about Radiohead crossing the BDS picket line to perform in Israel,” Waters said. “A few hours later, Thom replied. He was angry. He had misinterpreted my attempt to start a conversation as a threat. So I tried again … I didn’t hear back. So silence prevailed for three weeks until March 4th when I sent a long heartfelt entreaty to Thom asking him again to talk.”

In his interview, Yorke said Radiohead will perform because the band doesn’t agree with BDS and the effort to cut off cultural contact with Israel. “It’s offensive and I just can’t understand why going to play a rock show or going to lecture at a university [is a problem to them],” Yorke said.

Waters didn’t directly address Yorke’s objections in his statement, saying that BDS “exists to shine a light on the predicament of the occupied people of Palestine, both in Palestine and those displaced abroad, and to promote equal civil rights for all the people living between the Jordan River and the Mediterranean Sea no matter what their nationality, race or religion.”