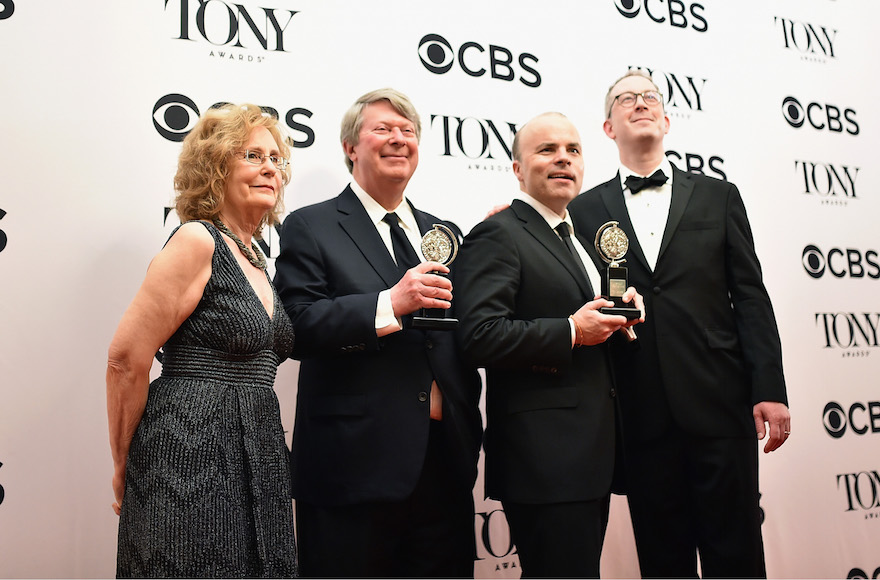 (JTA) — “Oslo,” a play about the 1993 Oslo Accords, won the Tony Award for best new play and its Jewish lead actor, Michael Aronov, was recognized as best featured actor in a play.

Bette Midler, the veteran Jewish actress and singer, won for best actress in a musical for “Hello Dolly” as Broadway handed out its highest honors on Sunday night in New York. The play also won for best musical revival.

“Oslo,” a J.T. Rogers play in which Israeli and Palestinian negotiators struggle to hammer out a peace deal, received rave reviews for turning a complicated history into a fast, entertaining three hours. Aronov played Uri Savir, an Israeli negotiator in the 1990s talks.

The musical “Dear Evan Hansen,” about a boy who gets caught up in a lie after the death of a classmate, was named best new musical and led the way with six Tonys, including for its star, the Jewish actor Ben Platt, as best actor in a musical, and Rachel Bay Jones for best featured actress. Benji Pasek, who is Jewish, and Justin Paul also won for best book, best orchestrations and best original score. Paul won the Oscar this year for “La La Land.”