Netanyahu: Israel stands with victims of shooting attack on Republicans 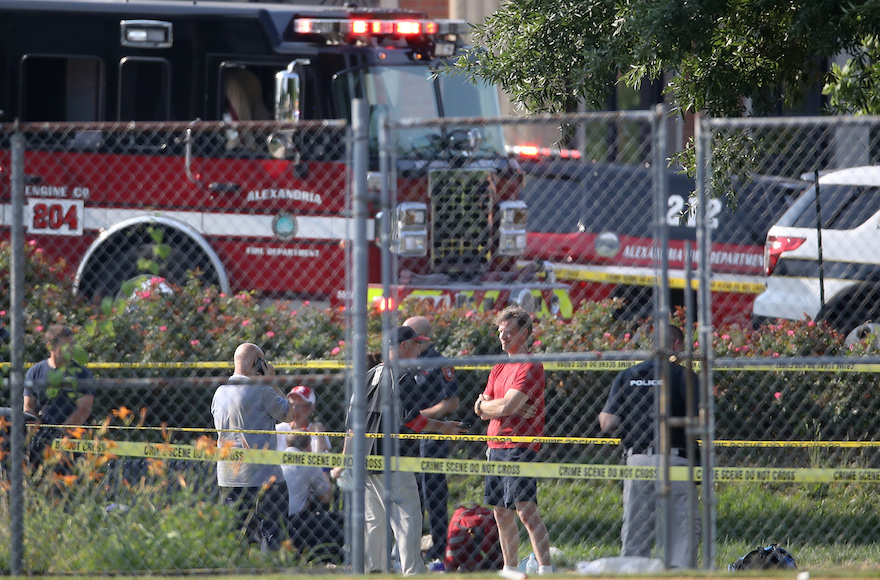 JERUSALEM (JTA) — Israeli Prime Minister Benjamin Netanyahu sent wishes for a speedy recovery to the victims of the shooting at a Republican team’s baseball practice for a charity game against congressional Democrats.

“On behalf of the Government and people of Israel, I send our heartfelt wishes for a full and speedy recovery to Congressman Steve Scalise and the other victims of today’s tragic shooting attack in Virginia,” Netanyahu said in a statement issued late Wednesday in Israel. “We stand with the victims, their families and the American people on this difficult day.”

Meanwhile, the Jewish Council for Public Affairs strongly condemned the “senseless shooting” of Scalise, the Republican House whip from Louisiana, and four others in the Wednesday morning attack.

“The shootings are yet another reminder of the importance of reinforcing our democratic  pluralist ethos and a political culture of respect,” the group said in a statement. “We call on our public officials, civic and religious leaders to do all we can can to embrace our differences. America is made up of diversity: diverse opinions, cultures, ethnicities, races, and religions.”

The gunman, James Hodgkinson, was killed by congressional security at the scene. Hodgkinson, 66, of Belleville, Illinois, had campaigned for Bernie Sanders in November’s presidential election and filled his Facebook page with screeds against Donald Trump and last year against Hillary Clinton, the Democrat who won the nomination but lost the general election to Trump. He signed a petition urging the Senate to remove Trump from office for treason.

Hodgkinson, who reportedly opened fire with an automatic weapon, was shot in return fire by Capitol Police officers who were at the practice for Thursday’s game against the Democrats.

The Congressional Baseball Game was scheduled to go forward at Nationals Park with additional security. The game has been played for 108 years.