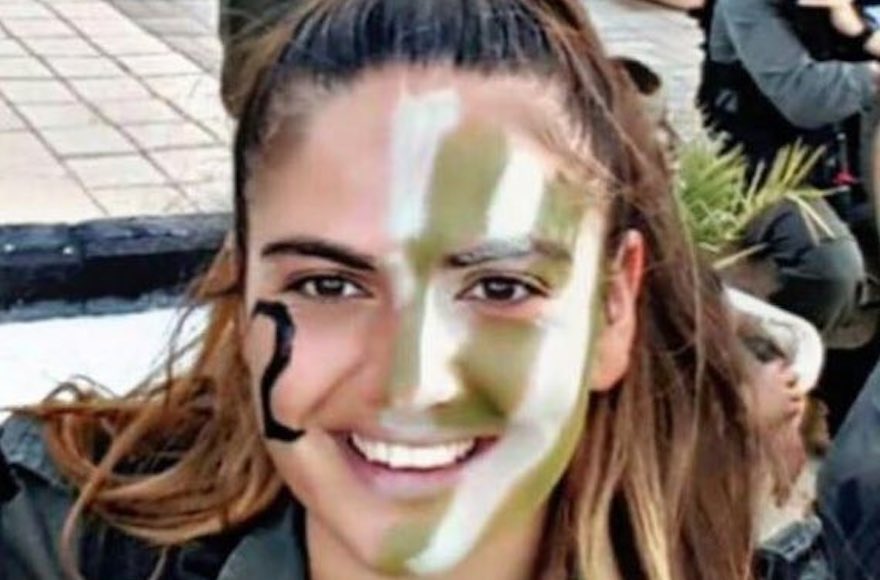 JERUSALEM (JTA) — Thousands of mourners attended the funeral of Israeli Border Police officer Hadas Malka, who was stabbed to death in Jerusalem by a Palestinian terrorist.

The funeral at a military cemetery in Ashdod began just after midnight Sunday, about 24 hours after she died of her wounds sustained during the Friday night attack near the Damascus Gate in the Old City.

Malka, 23, was killed as she responded to a Palestinian shooting attack at the nearby Zedekiah’s Cave. Israeli forces killed her two assailants and the one in the cave incident.

Malka reportedly worked to free her weapon while fighting off her attacker.

“You cared for everyone, always lent a helping hand; your joy for life swept everyone away,” Police Chief Roni Alsheich said at the funeral as part of his eulogy, The Times of Israel reported. “You loved everyone. You stayed away from gossip and speaking ill of others. You were a fighter who loved people.”

Malka is survived by her parents and five siblings.

Funeral of Border policewoman Hadas Malka last night. She was murdered in terrorist attack at Damascus gate on Friday. May she rest in peace pic.twitter.com/9bZa5Xm4cl

Israeli Prime Minister Benjamin Netanyahu expressed condolences on behalf of the government and the nation to the Malka family Sunday morning at the start of the weekly Cabinet meeting.

“Their grief is our grief; their sorrow is that of the entire nation,” he said. “Hadas was a young person full of life. She was imbued with a sense of mission of defending the State of Israel. Her commanders and those under her command loved her and trusted her.”

Netanyahu announced that in the wake of the attack, Palestinian visits to Israel that were approved for the Muslim observance of Ramadan were revoked and that security forces are preparing to demolish the homes of the attackers. He added that he instructed police to beef up security around the Damascus Gate.

The Palestinian Authority issued a statement on Saturday condemning the deaths of the three attackers, calling it a “war crime” by Israeli forces. The PA has not condemned the Friday night attacks.

“I call on the countries of the world to condemn both the murder and those who praise it, and demand the immediate cessation of Palestinian Authority payments to the families of terrorists, something that only encourages terror,” Netanyahu also said Sunday.

The Islamic State claimed responsibility for the attack, the first time it has done so for a Palestinian terror attack in Israel. Hamas later denied the claim, saying that one its members was an attackers and the other two identified with the Popular Front for the Liberation of Palestine.

Female border policewoman Hadas Malka who died in terrorist attack today. She was stabbed by Arab terrorist and died in hospital pic.twitter.com/oAnNWIF9rc