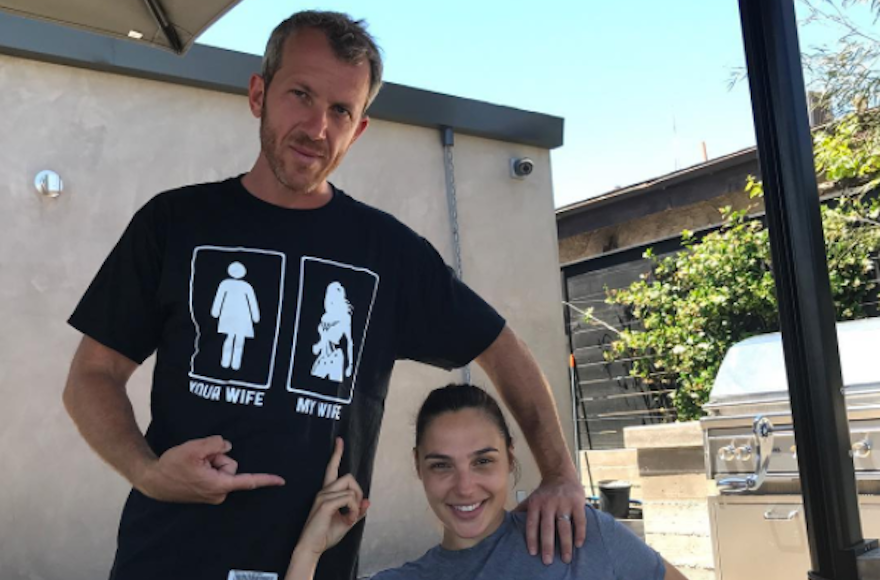 (JTA) — You can’t blame Gal Gadot’s husband for feeling a little protective or anxious these days. His wife, the star of the “Wonder Woman” film, is rapidly becoming one of Hollywood’s biggest stars.

Yaron Versano, a 38-year-old Israeli real estate developer who has been with Gadot for over 10 years, posted a photo of himself in a humorous shirt alongside his wife last Thursday.

That’s likely because of the message on Versano’s shirt, which shows a generic symbol for a female above the words “Your Wife” next to a depiction of the Wonder Woman character, which is above the words “My Wife.”

Buzzfeed pointed out that the shirt is available for anyone on Amazon, although it might seem custom-made for the man who is, according to at least one commenter on his Instagram post, the “luckiest person ever.”