Why Mariah Carey is being grilled about an Israeli corruption scandal 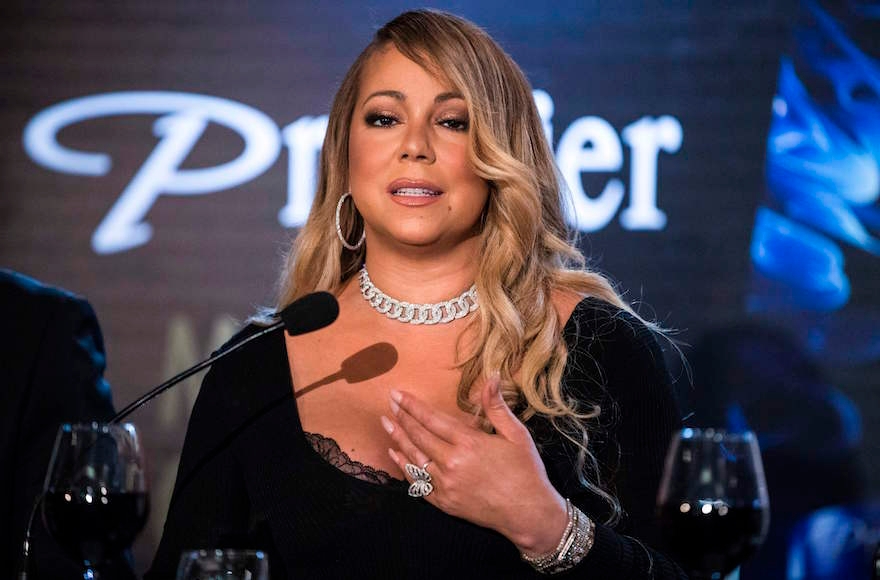 The last time the Grammy winner was in Israel, in 2015, things were much different. Carey visited with James Packer, an Australian billionaire who was her then-fiancé. The couple had some fun at the Western Wall and met with an unnamed “spiritual leader” for guidance about their future. They also had a fancy private dinner with Netanyahu — a close friend of Packer’s — and his wife, Sara.

So why else is this Israel trip different for Carey? For one thing, she and Packer broke up last October.

Oh, and Packer has also since been linked to Netanyahu’s headline-grabbing corruption scandal.

Over the past year, Netanyahu has been accused of illegally taking lavish gifts from several of his rich supporters, such as billionaire Hollywood producer Arnon Milchan. He also allegedly made a deal with Yediot Ahronoth, one of Israel’s biggest newspapers, so that the publication would cover him more favorably. Several dozen people have been questioned by Israeli police in connection to the investigations.

Netanyahu has denied the charges, saying he received gifts but not bribes.

Packer has been accused of giving Netanyahu’s oldest son Yair free hotel rooms and luxury flights, and he has been wanted for questioning in Israel since March. Rumors spread that Carey might be questioned by police at some point, but this is not actually the case, according to The Hollywood Reporter.

When asked about Packer’s current whereabouts, the diva had some choice words.

“I don’t know where the motherf—er is,” Carey Israel’s Channel 2 News. “How am I supposed to know? I don’t know, for real. I really have no idea about the political stuff that goes on, I don’t pay attention to it.”

Another interview with the Israeli entertainment show “Erev Tov” was shut down by her publicists.

“Oh, now they want to blame me? Someone wants to blame me for something now? What did I do? I didn’t do anything,” Carey said in the interview.

The ruffled pop star cancelled a reception she had planned for Tuesday night and is now only staying in Israel for a few days to fulfill her contractual obligations.

She does plan to visit the Dead Sea for the first time, and she’s bringing her six-year-old twins Monroe and Moroccan (no typo there) along.

“I’m hoping they’ll have a good time and won’t get salt in their eyes,” Carey said Monday.

All she wants for Christmas is to be kept out of her ex’s corruption probes.