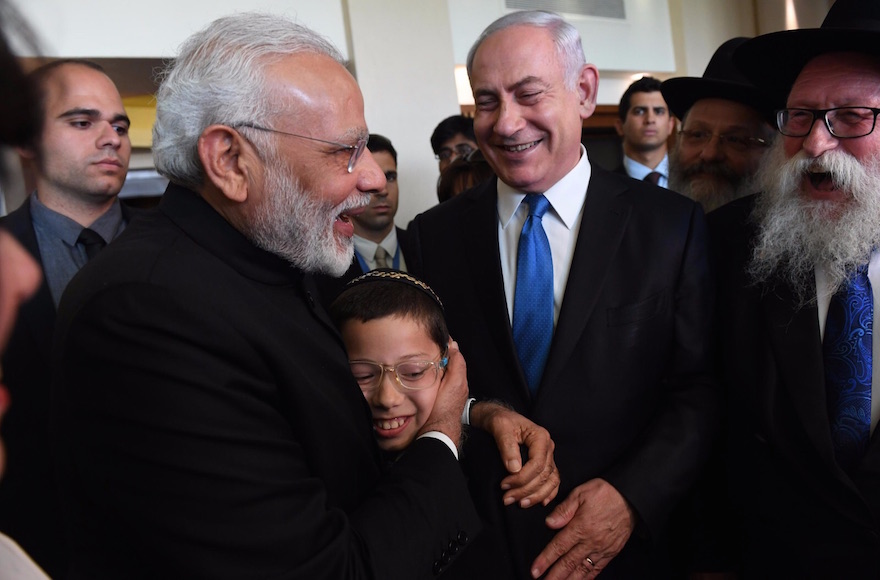 (JTA) — Prime Minister Narendra Modi of India met in Israel with the son of Chabad emissaries who were killed in a 2008 terror attack in Mumbai.

On Wednesday, Modi and Israeli Prime Minister Benjamin Netanyahu met with Moshe Holtzberg, now 11, who said he missed India. Modi, whose visit to Israel is the first by an Indian head of government, told the boy he was welcome in his country. Netanyahu invited Moshe to come with him on a future trip to India.

The Chabad House attack was one of several attacks on Mumbai sites over four days in November 2008 by a Pakistani Islamist group that left 166 dead and hundreds injured. Moshe’s parents, Rabbi Gavriel and Rivkah Holtzberg, were killed in the attack. Moshe was rescued on the day of the attack by the family’s nanny, Sandra Samuel, who accompanied him to Israel and was present at the Wednesday meeting.

In addition to the Holtzbergs, four other Jewish visitors to the Chabad House were killed in the attack.