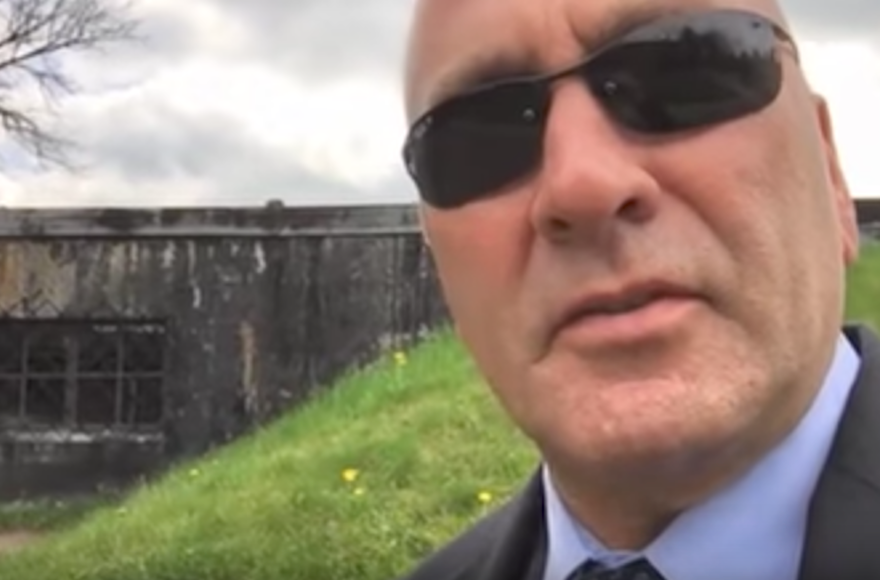 WASHINGTON (JTA) — The Auschwitz-Birkenau Memorial and Museum criticized a Louisiana congressman  for filming inside a former gas chamber.

Rep. Clay Higgins, a Republican, posted a five-minute video to YouTube on Saturday likening the threats facing the United States today to those posed by the Nazis. Higgins is on the U.S. House of Representatives Homeland Security Committee.

The Auschwitz-Birkenau Memorial and Museum on Tuesday posted several tweets criticizing Higgins for using the space.

“Everyone has the right to personal reflections,” read the first tweet. “However, inside a former gas chamber, there should be mournful silence. It’s not a stage.”

Everyone has the right to personal reflections. However, inside a former gas chamber, there should be mournful silence. It's not a stage. https://t.co/AN5aA1bYEU

A subsequent tweet included a picture of a plaque that reads “You are in a building where the SS murdered thousands of people. Please maintain silence here: remember their suffering and show respect for their memory.”

The video appears on the Times-Picayune YouTube feed but not on Higgins’ congressional website or Twitter feed. His Facebook page shares other users’ postings of the video, but does not have it as an original posting.

“A great sense of dread comes over you in this place,” Higgins, who was elected last year, said in the video to a soundtrack of a mournful violin. “Man’s inhumanity to man can be quite shocking.”

JTA reached out for comment, but Higgins’ office has yet to respond.

Higgins stirred controversy last month following terrorist attacks in London when he said in a Facebook post of Islamist terror suspects, “Kill them all.”