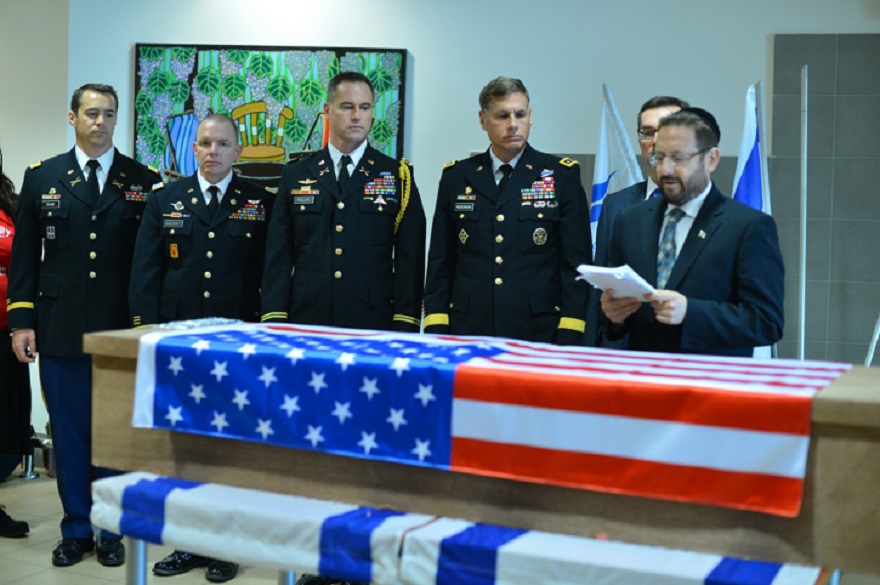 WASHINGTON (JTA) — The Senate Foreign Relations Committee considered whether massive cuts in aid to the Palestinians would help end terrorism or spur a breakdown that could compound the violence.

The Foreign Relations Committee met Wednesday to discuss the Taylor Force Act, named for an American studying in Tel Aviv when he was stabbed and killed by a Palestinian terrorist in 2016.

The bill now has mostly Republican backing. Democrats have expressed interest in advancing a modified version, but say its provisions — cutting all but security aid to the Palestinian police force, which helps Israel keep the West Bank quiet — goes too far.

“Here’s what Abbas said last week, president of the Palestinian Authority: ‘Even if I will have to leave my position in response to U.S. and Israel pressure, I will not compromise on the salary of a martyr or a prisoner,'” Graham said.

Two witnesses appeared, one each arguing for and against the bill as it stood. Elliott Abrams, a former deputy national security adviser under President George W. Bush, spoke on behalf of the bill, saying the United States had a moral obligation not to underwrite terrorism in any way.

“I do think that aid that goes to the P.A. should now stop,” said Abrams, now a senior fellow at the Council on Foreign Relations. “We’ve got to be sure that aid money does not indirectly sustain the current system. … The moral point is crystal clear. Now is the time to act.”

Daniel Shapiro, the U.S. ambassador to Israel under President Barack Obama, agreed with the ends of the bill, calling the payments “an abominable practice.” He noted that under Obama, the United States cut aid to the Palestinians commensurate with the amount they were paying out to the Palestinian assailants, but it had no effect on the payments.

“It is possible that a total cutoff would be more persuasive,” Shapiro said, but argued that it could also remove U.S. leverage and further radicalize Palestinians.

He also noted that an array of Israeli security officials have said that a total cutoff of non-security assistance — which now stands at $260 million per year down from $400 million in previous years — would undercut security, even if the payments to the Palestinian police were to continue, by destabilizing the West Bank. (U.S. support for the Palestinian police runs at just under $100 million annually.)

“Stability in the West Bank, both economic and political, serves Israel’s security interests by dampening the atmosphere in which more Palestinians might be drawn to extremism,” said Shapiro, now a distinguished visiting fellow at the Institute for National Security Studies in Tel Aviv University.

Shapiro emphasized the notion of utilizing diplomatic leverage within the international community — from the U.N. Security Council to Arab governments — to indicate that the payment practice is indefensible. Shapiro also said the bill should provide waiver authority to the president if he wishes to avoid unwanted effects of cutting off the Economic Support Fund, which provides humanitarian aid to Gaza.

Throughout the hearing, lawmakers focused on reducing incitement and the glorification of violent attacks in the West Bank.

“Look, this is very difficult to explain to the American people why we’re doing this,” said Sen. Jim Risch, R-Idaho. “You can trace U.S. money right into these textbooks teaching kids from the time they’re born that their ambition in life is to kill somebody who thinks differently than they do.”

Many of the Republican senators present even argued for more punitive measures to be taken against the Palestinian Authority.

“Cut it. Cut it all,” said Sen. Rand Paul, R-Ky., who has proposed suspending all aid to the Palestinian Authority

“Isn’t a welfare system, even that in and of itself, an incentive?” Rubio asked.