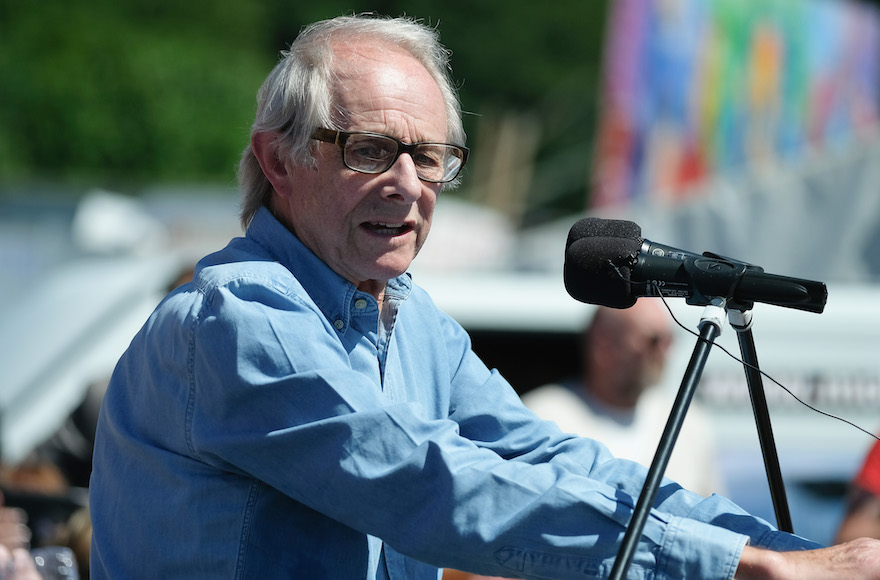 (JTA) — The British film director Ken Loach has become a fierce advocate of the Boycott, Divestment and Sanctions movement against Israel, but his films have been shown there for over 20 years.

Loach’s producer told the Guardian on Friday that it is a “mistake” that his latest film, “I, Daniel Blake,” is currently showing in Israeli cinemas. Rebecca O’Brien said the distribution company Wild Bunch had made a deal to bring the film to Israel during last year’s Cannes Film Festival.

“We have asked Wild Bunch before not to sell to Israel,” O’Brien said. “But what happened this time – and what has happened before – is that during Cannes, things happen very fast and a junior member of the company went and sold it to Israel in the heat of the moment, forgetting we had asked for it not to be sold there.”

Loach’s Israeli distributor told the Guardian that the claims are “absurd.”

“We’ve been showing his movies for years,” said Guy Shani, who runs Shani Films and the Lev cinema chain. ” I have been paying him money every year. His latest film, ‘I, Daniel Blake,’ has been really successful in Israel.

“It is a conundrum that has puzzled me, too. It seems that Ken Loach feels himself exempt from the cultural boycott.”

O’Brien said it this was the “second or third time” that one of Loach’s films has been shown in Israel without his consent. Vincent Maraval, head of Wild Bunch, said Friday on Twitter that the company made a deal “against [Loach’s] will.”

Loach has been critical of the British band Radiohead’s show in Tel Aviv on Wednesday. He signed a letter circulated in February by former Pink Floyd frontman Roger Waters, another BDS supporter, urging Radiohead not to perform in Israel. Loach became embroiled in a personal spat with Thom Yorke, the band’s singer.

Radiohead need to decide if they stand with the oppressed or the oppressor. The choice is simple. @thomyorke https://t.co/w9LfUf6gp9

Michael Stipe, the former singer of the band R.E.M., weighed in on the debate, saying Sunday on Instagram that he supports Radiohead’s decision.

“Let’s hope a dialogue continues, helping to bring the occupation to an end and lead to a peaceful solution,” Stipe wrote.