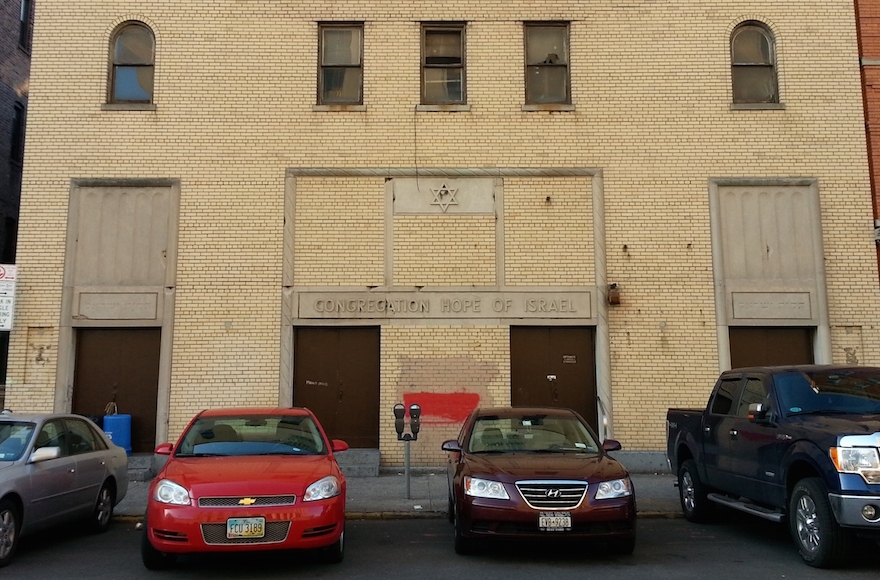 Congregation Hope of Israel in the lower Grand Concourse neighborhood of the Bronx, New York, closed in 2006. (Flickr)
Advertisement

NEW YORK (JTA) — Neighbors of a shuttered synagogue in the Bronx want its apparent owners to clean up the trash that is accumulating on its property.

Congregation Hope of Israel on Walton Avenue in the lower Grand Concourse neighborhood — once the hub of a vibrant Jewish community in the New York City borough — closed in 2006. The local television station News 12 reported this week that garbage is piling up on the property and no one is taking responsibility.

New York City’s Department of Sanitation told residents it cannot clean up the trash because the property does not belong to the city, News 12 reported.

“It’s disrespectful for any community,” said Rabbi Levi Shemtov, director of Chabad-Lubavitch of Riverdale, a Bronx neighborhood. “It shouldn’t be this way.”

News 12 traced the ownership of the property to a post office box in Hartsdale, New York, in suburban Westchester County, but were unable to contact the man associated with the address. The man is said to be a board member of the synagogue.

Hope of Israel was the last functioning synagogue in the neighborhood, just behind the Bronx County Courthouse, when it closed. Its last rabbi died in 2003, when the Orthodox synagogue was barely able to make a 10-man minyan for prayers. For years the congregation board was led by Abraham D. Levy, a retired justice of the state Supreme Court who died in 2001.