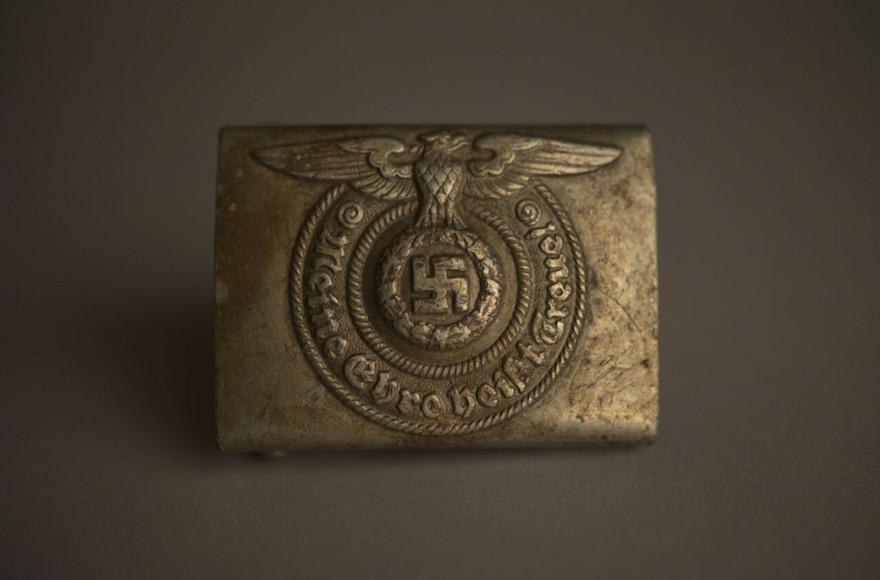 A buckle from an SS officer's belt. (Pawel Sawicki)
Advertisement

(JTA) — The museum at Auschwitz announced the first traveling exhibit about the Nazi concentration and extermination camp, featuring more than 600 original artifacts.

The Auschwitz-Birkenau State Museum in Poland announced the exhibit in a news release Wednesday, saying it will visit 14 cities in Europe and North America, beginning with Madrid at the end of the year.

The artifacts, most of them belonging to the Auschwitz Memorial Collections, will include an original barrack from Auschwitz III-Monowitz, the largest of the subcamps of Auschwitz. Objects shown on the website announcing the exhibit include a pair of eyeglasses that belonged to an Auschwitz victim, an SS soldier’s belt buckle and a carved wooden box made by a prisoner.

“Nothing can replace a visit to the authentic site of the biggest crime of the 20th century, but this exhibition, which people in many countries will have the opportunity to see, can become a great warning cry for us all against building the future on hatred, racism, anti-Semitism and bottomless contempt for another human being,” Piotr Cywiński, director of the Auschwitz-Birkenau State Museum, said in a statement. 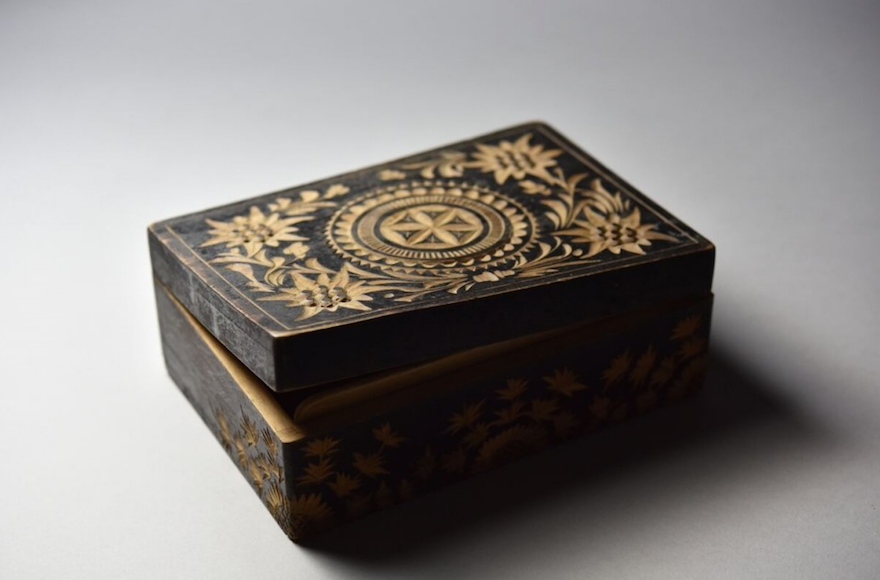 A wooden box made in Auschwitz by prisoner Bronisław Czech. (Pawel Sawicki)

Organizers said the exhibit will focus on the prewar years of the Polish town of Oświęcim and on the German occupation and its “terror system.”

“The exhibition will offer an introspective journey across the very nature of mankind, experienced through the ‘dual’ history of the camp: Auschwitz as a physical location and Auschwitz as a symbol and metaphor for the borderless manifestation of human barbarity,” said Luis Ferreiro of the Spanish company Musealia, project director for the exhibition.

Organizers acknowledged that an entrance fee will be charged for the exhibit, but said it was necessary to cover the costs of the exhibit and its educational mission.

“We need to earn an income to sustain ourselves and keep the enterprise going,” Ferreiro told The New York Times, “but our goal is to focus on larger social goals such as enlightenment and education.”