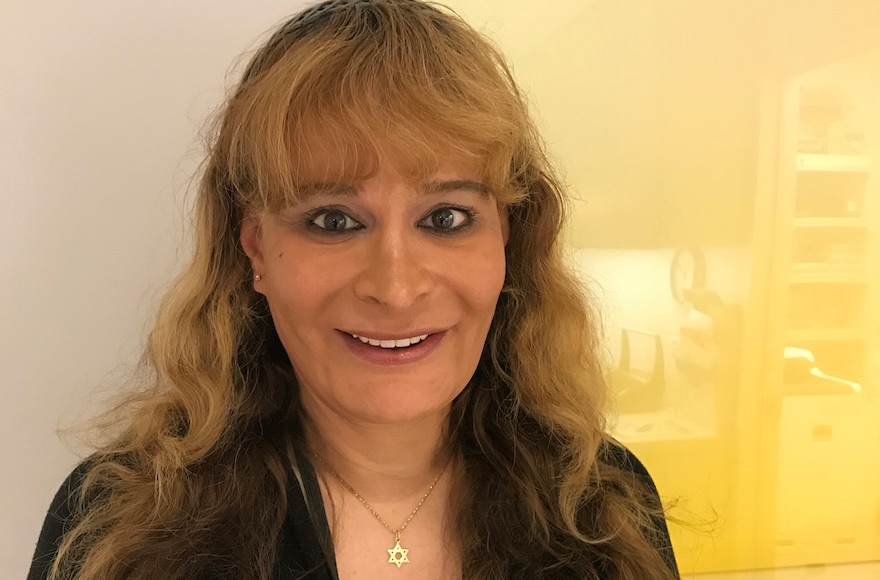 (JTA) — Tablet magazine has hired a journalist who was relieved of her reporting duties at a Chicago newspaper after breaking the story of three Jewish women who were ejected from a lesbian march.

In July, Gretchen Rachel Hammond, formerly an award-winning reporter for the Windy City Times, a Chicago LGBT newspaper, was moved full-time to the paper’s sales desk after reporting on the women being asked to leave the Chicago Dyke March for carrying rainbow flags emblazoned with Jewish stars. The story gained widespread attention and appeared in major media outlets across the country.

Dyke March organizers said the women were ejected because they were carrying flags reminiscent of the Israeli flag at an anti-Zionist event and had “repeatedly expressed support for Zionism during conversations” with other marchers. An organizer told Hammond that she and the newspaper had “failed in its journalistic mission.”

On Tuesday, Tablet announced that starting this month Hammond would be writing for the Jewish online magazine full-time as part of a yearlong fellowship.

“I’m deeply honored to welcome Gretchen to our staff,” Tablet’s editor-in-chief, Alana Newhouse, wrote on its website. “I know she will enrich all of our lives and minds, and only hope we can give her half of what she’ll give us. And I also hope our readers imbibe the broader message here: If a half-Punjabi, half-Church of England transgender convert to Judaism can find the courage to stand up for what’s right and true, you can too.”

The Tablet announcement included a statement by Hammond in which she reminisced about stories she wrote for the Windy City Times and addressed the Dyke March incident.

“I found the landscape in which our silos were placed was vast and beautiful but also capable of great ugliness in no small part because, as Laverne Cox once reminded us, ‘hurt people hurt people.’ Two weeks ago, I ran afoul of that ugliness by reporting on a growing cancer from within the community,” Hammond wrote.

She later added that “[t]he rest of the world shook their heads, some in astonishment, some with a smug, ‘What did we tell you?,’ while the voices of three Jewish girls who went to a Pride march were silenced and then the reporter who told their story.”