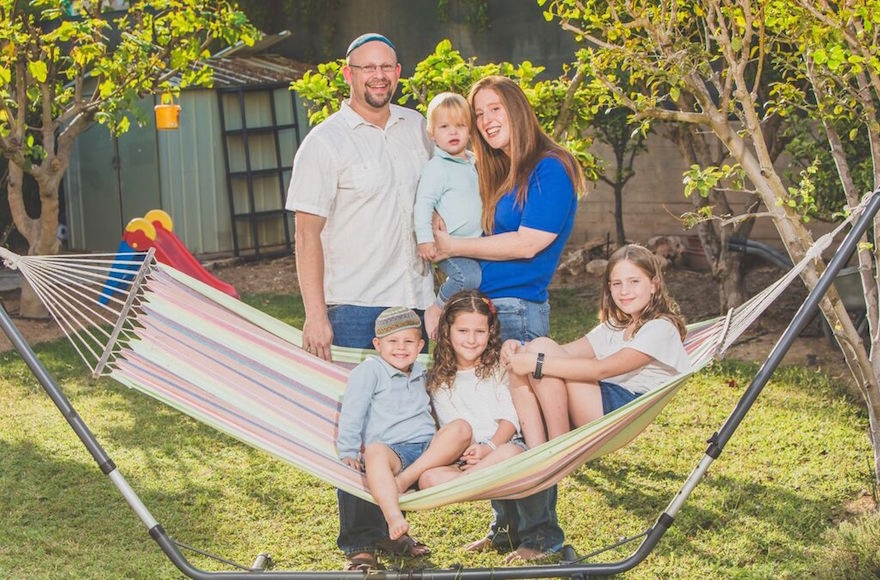 Andy and Emily Katz, who moved to Beersheva with their family in 2010, were drawn to southern Israel for the more affordable cost of living and the idea of building a new community in a place where they felt needed. (Courtesy of Emily Katz)
Advertisement

BEERSHEBA, Israel — When Emily Katz first immigrated to Israel in 1999, she was 23 and life was easy.

Her greatest concerns were paying the rent for her Jerusalem apartment and getting good grades at Hebrew University. She met her future husband, Andy, also an American student, in Jerusalem, and after marrying in Israel the two moved back to the United States to work as Jewish educators.

By the time Emily and Andy moved back to Israel from San Francisco in 2010, they had two children and much bigger things to worry about than rent and final exams.

“Although we had lived in Israel before, it was like making aliyah all over again,” Emily said, using the Hebrew term for immigrating to Israel.

“It’s totally different with kids,” she said. “Coming back as a family and having to think about the right community, where to send our kids to school, where can we afford to live, where will we work — it was much more challenging.”

The couple’s obvious choices were places with large communities of American immigrants where many of their friends had settled, like Jerusalem, Zichron Yaakov or Modiin. But after making a pilot trip before their move to explore their options in Israel, they felt those places weren’t the right fit.

So they started considering out-of-the-box locations. That led them to Beersheba, the unofficial capital of Israel’s South. Housing was much more affordable there, but it wasn’t just finances that appealed to the Katzes. They fell in love with the idea of building a new community in a place where they felt needed.

They found jobs in Jewish education, and soon after moving to Beersheba joined forces with another American couple to establish a new progressive congregation, Kehilat Be’erot, which was an echo of the eclectic, nondenominational Jewish congregation the Katzes founded back in San Francisco, the Mission Minyan. Kehilat Be’erot, which organizes Shabbat services, cultural events and charity projects, has since grown to 40 families.

“I feel like we’re pioneers in a certain sense,” Andy said.

Israel’s South constitutes 66 percent of the country’s land mass, but is home to just 8 percent of its population. The vast potential of the Negev has attracted passionate Zionists since the days of David Ben-Gurion, yet it has still not become a central hub for the tens of thousands of English-speaking immigrants who have moved to Israel in recent years.

That has started to change.

Over the last few years, Israel has backed up its talk of encouraging more people to move to the South with some major investments. The country’s main highway, Road 6, now extends deep into the South, significantly cutting travel times to the densely populated center of the country. Rail service in the South is growing. Beersheba is home to a burgeoning world-class university, a new high-tech hub and skyscrapers — no longer the dusty desert city once derided as Israel’s largest “development town.” Perhaps most significantly, the Israel Defense Forces is centralizing many of its operations at a huge new army base in the South, Ir Habahadim, which is bringing thousands of jobs and career soldiers to the region.

In 2013, Nefesh B’Nefesh — which facilitates aliyah from North America and Britain — launched a program together with Keren Kayemeth LeIsrael and JNF-USA to draw new immigrants to this region where the costs of living and housing are lower. NBN’s Go South offers immigrants who move to the area — stretching from Ashkelon on Israel’s Mediterranean coast to the Red Sea resort city of Eilat — special financial incentives and benefits in addition to those offered to new immigrants from the Israeli government. 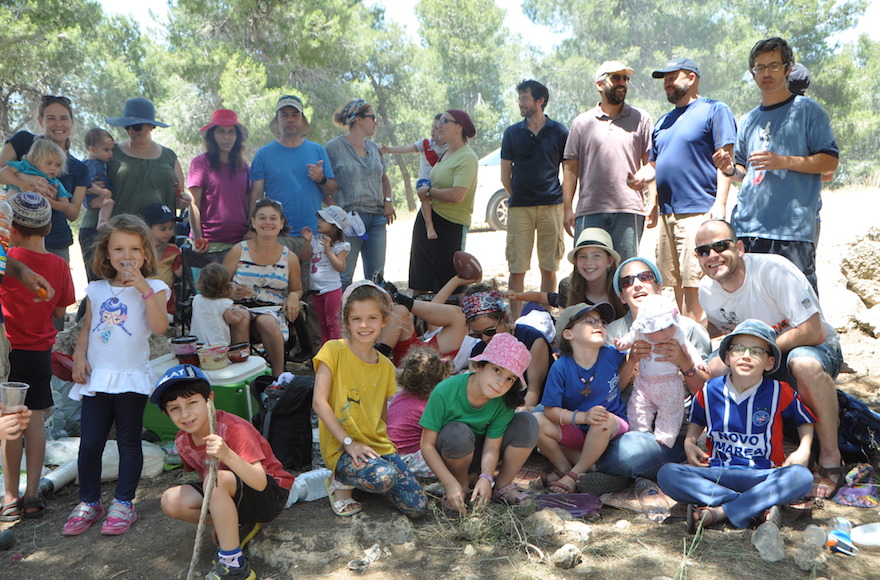 Kehilat Be’erot, the congregation the Katzes founded in Beersheba, is an eclectic, nondenominational Jewish community that organizes Shabbat services, cultural events and charity projects and has grown to 40 families. (Courtesy of Emily Katz)

“We’re at this amazing turning point,” said Donna Horwitz, director of Go South. “There is exponential growth of industries, new communities, the IDF is moving down south, and Prime Minister Netanyahu called Beersheba ‘the cyber capital of Israel.’ There’s so much room to innovate and initiate, there’s great quality of life, it’s much more affordable than other parts of Israel, and of course there’s beautiful nature.”

On top of the special financial benefits, Go South offers pre-and post-aliyah employment assistance, social programming and subsidized pilot trips for prospective immigrants interested in the South. Some professionals are eligible for additional financial incentives; for example, physicians, of whom there is a shortage in the South, may be entitled to enhanced grants.

Since its launch, Go South has helped 2,000 immigrants settle in southern communities. In the seven years since the Katzes moves to Beersheba, the change has been palpable.

“When we first came here I was like, ‘What the heck are we doing?’” Emily recalled. “I can’t tell you how much improvement there’s been over the past seven years. It’s totally changed.”

They moved in 2010, three years before the launch of Go South. Back then, there was no English-speaking representative at the city’s Absorption Ministry office, which made navigating the bureaucracy very difficult. Today, that office has an English-speaking staff member and Nefesh B’Nefesh has its own office in the city.

Most of all, the Katzes have found a wonderful sense of community in Beersheba. They love the progressive congregation they established, and they found a sense of connection to Israel and its people, which they don’t think they would have had in cities like Jerusalem or Modiin.

“In all the places we visited in Israel before moving, the communities were already built. We didn’t really see how we would add any unique value. We’d just be another nice Anglo couple that’s taking from the services that already exist,” Emily said. “Here, my kids are in schools where they are seeing all of Israel. They’re in class with Ethiopians, Yemenites, Moroccans and Indians. They’re definitely not living in an Anglo bubble.”

Andy says he and his wife see themselves not just as part of a wave of new immigrants to the South, but part of a vanguard helping make the South appealing to native Israelis too.

“We’re making a part of Israel more livable for certain populations than it was before we got here,” Andy said. “Making a tangible impact would have been far less likely if we were living in a more central city in Israel.”