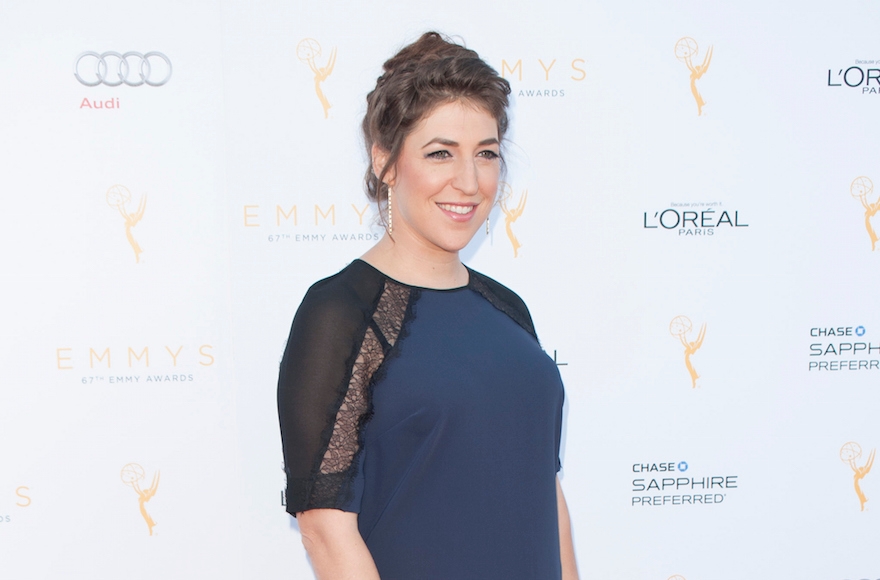 In a Facebook post Sunday, Bialik complained that the timing of the march against white supremacy, scheduled for Sept. 30 in Washington, D.C., excludes Jews, who traditionally spend Yom Kippur, the Day of Atonement, fasting and praying.

“anyone else think that’s absurd?,” she wrote in a mostly lowercase text. “i mean, it automatically excludes a distinct portion of people who historically have stood up for racial equality in enormous ways.”

Bialik, a star of “The Big Bang Theory” TV sitcom who publicly embraces her Jewish identity and practice, doubted that the scheduling was an oversight, saying “And trust me: it’s on every calendar they checked before setting the date.”

Earlier Sunday, March for Racial Justice organizers posted their own statement on Facebook in which they apologized for the “scheduling conflict” and voiced appreciation for the Jews’ history of progressive activism. They repeatedly singled out Rabbi Abraham Joshua Heschel, who famously marched alongside the Rev. Martin Luther King Jr. in the 1965 civil rights march from Selma to Montgomery, Alabama.

The March for Racial Justice describes itself as “a multi-community movement led by a coalition united in our demands for racial equity and justice.”

However, the organizers made clear there were no plans to reschedule the march. They explained that the date had been chosen to honor the 1919 Elaine race riot, in which white mobs attacked and killed dozens of African-Americans in Arkansas.

The  statement cites Rabbi Hannah Spiro, a Reconstructionist rabbi who leads Hill Havurah in Washington, who according to the organizers said that the march “might be a powerful opportunity for Jews to pray with their feet in between services on Yom Kippur afternoon,” referencing Heschel’s famous quote about the significance of his marching.

The organizers added that Spiro warned that “the fast may not allow for many to come out — but that some Jews may find it powerful to know that this march is happening in parallel with their fast.”

In a subsequent Facebook post, Spiro wrote that it was “sadly disappointing that the march is happening on the one day of the year on which Jews are least likely to be able to attend.” Spiro said she was not recommending that Jews attend, but only explaining to organizers why some would.

Earlier this month, organizers of the North Carolina Pride parade changed the schedule of their annual event, which was to fall on Yom Kippur this year, to accommodate the Jewish community.

While Bialik did not directly reference the March for Racial Justice’s statement in her Facebook post, she pointed out that she named her second son after Heschel and concluded, “argh, super mad right now.”