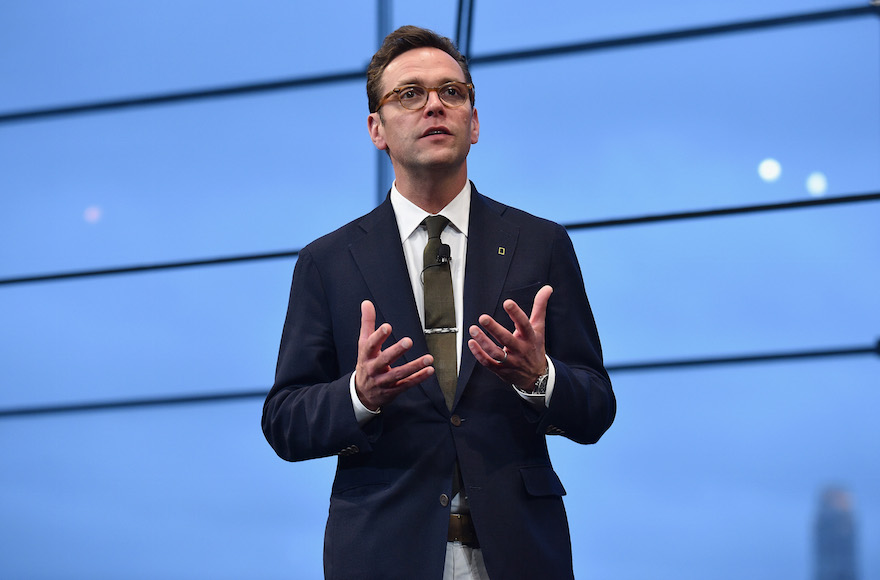 In an email Thursday, the Fox scion gave a statement against the racist and neo-Nazi sentiment that swept through Virginia last weekend, The New York Times reported. It was also the most outspoken that a member of the Murdoch family has been in response to the week’s events.

“What we watched this last week in Charlottesville and the reaction to it by the President of the United States concern all of us as Americans and free people,” James Murdoch wrote.

“These events remind us all why vigilance against hate and bigotry is an eternal obligation — a necessary discipline for the preservation of our way of life and our ideals.

On Saturday, a suspected white supremacist killed a counterprotester in Charlottesville, where hundreds of far-right activists had gathered for a march. Trump that day condemned violence on “many sides.” Amid calls for him to denounce neo-Nazis and other racists specifically, he spoke out against the “Ku Klux Klan, neo-Nazis and white supremacists” on Monday.

The following day, however, the president reiterated that he believed that the protesters and counterprotesters shared the blame for the violence, and said there were “very fine people” on both sides. Jewish and other human rights organizations, Republican lawmakers and top military brass issued statements saying racism and anti-Semitism need to be called out in more specific terms.

James Murdoch’s father, Rupert, is a conservative media mogul who has become an informal adviser to Trump, recently dining with the president at the White House, according to the Times. The younger Murdoch has been less outspoken about his political views than his father.

With a subject line reading, “Subject: Personal note from James Murdoch re: ADL,” Mr. Murdoch addressed the note to “friends.”

“The presence of hate in our society was appallingly laid bare as we watched swastikas brandished on the streets of Charlottesville and acts of brutal terrorism and violence perpetrated by a racist mob,” he wrote. “I can’t even believe I have to write this: standing up to Nazis is essential; there are no good Nazis. Or Klansmen, or terrorists. Democrats, Republicans, and others must all agree on this, and it compromises nothing for them to do so.”

Murdoch said that he and his wife, Kathryn, plan to donate $1 million to the ADL, urging others to follow suit.

“We hardly ever talk about our charitable giving, but in this case I wanted to tell you and encourage you to be generous too. Many of you are supporters of the Anti-Defamation League already — now is a great time to give more,” he wrote.

Since early in the Trump campaign, the ADL has urged him to refrain from rhetoric and actions that seemed to encourage white supremacists and other members of the far right. The group also called on Trump to forcefully denounce them or disavow their support.

On Thursday, Apple CEO Tim Cook pledged that his company will donate $1 million each to the Anti-Defamation League and the Southern Poverty Law Center in the wake of the rally in Charlottesville.

On Friday, the ADL and the U.S. Conference of Mayors will hold a news conference call to issue a bipartisan announcement in response to the events in Charlottesville. Mayors across the country have condemned the bigotry and violence seen there.

Critics on Twitter noted that the Fox News Channel has been a strong defender of the president and his policies.

“Can the Murdochs expiate their guilt for helping to enable Trump’s election with only $1 million? What’s democracy worth?” asked Rabbi Iris Richman, an activist in New York.