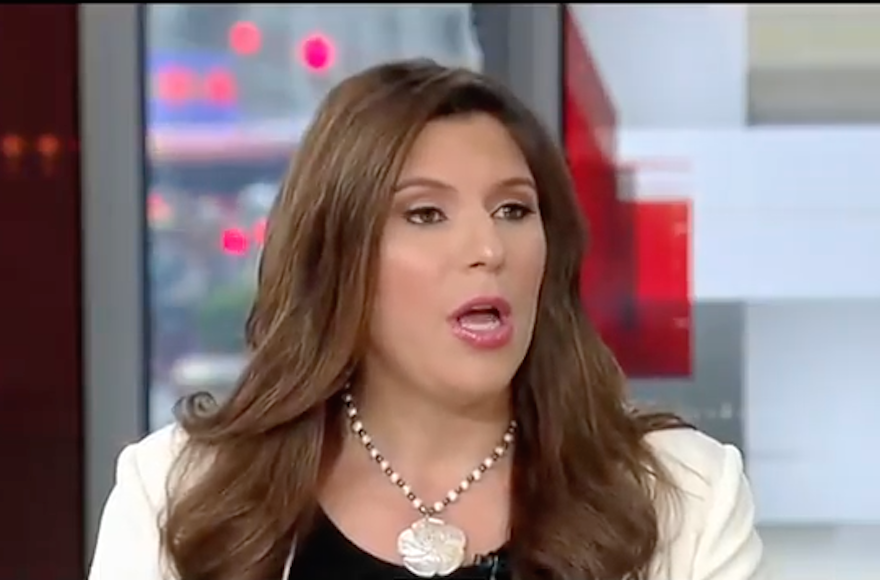 (JTA) — The Twitter account of a Jewish Republican candidate for the U.S. Senate was discovered to have been hacked after it showed that she liked several posts by white supremacist leader David Duke.

Lena Epstein, who is running for the nomination in Michigan and was a co-chair of the Donald Trump presidential campaign there in 2016, disavowed any support of or connection to Duke, the one-time Ku Klux Klan head.

“As a Jewish woman with deep roots in the Jewish faith, a proud lineage of Jewish leaders, and relatives who were killed in the Holocaust because of blind hatred and prejudice, there is little that could be more offensive to me than the suggestion that I support, ‘like,’ or condone David Duke, neo-Nazis, or any group that promotes hatred and prejudice,” Epstein said in a statement issued Friday.

The tweets with her likes gained traction after the state’s Democratic Party chairman, Brandon Dillon, began sharing screenshots of them, the MLive news website reported.

Epstein shared a screenshot of a message from Twitter asking her to confirm her email address attached to her Twitter account, indicating that the account had been hacked. She also shared the link to a report by a private investigative agency which determined that an “illegal intrusion” of her Twitter account had occurred.

In a recent appearance on Fox News, Epstein praised Trump for his response to racism and violence and reiterated white supremacists and neo-Nazis are not representative of the Republican Party, according to MLive.

Her campaign website describes her as “a millennial who has spent the last decade as a savvy automotive-industry businesswoman, community leader and nationally recognized conservative.”

We were notified at 9:43AM of the unauthorized email change pic.twitter.com/iRt2J00JC2