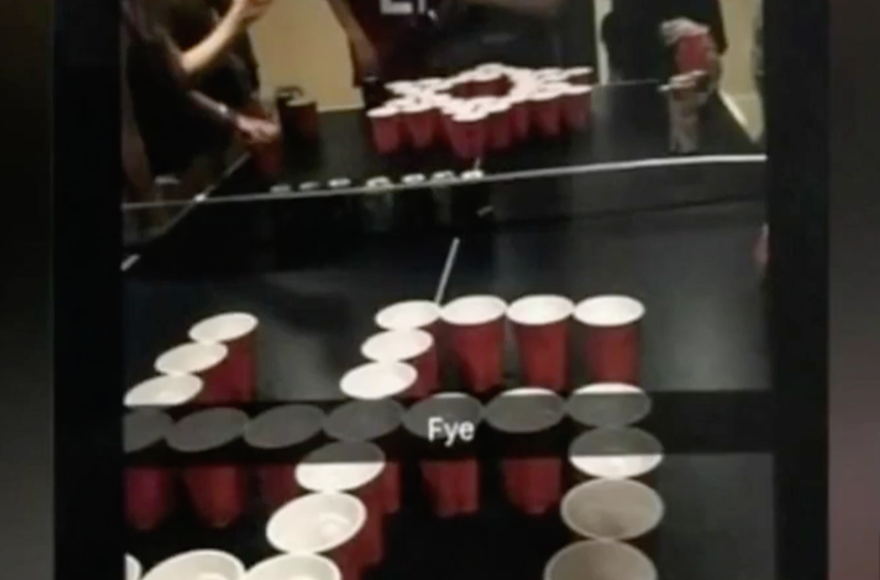 (JTA) — A student from a private high school in Atlanta was expelled and four others were suspended after a photo on social media showed them playing a game of Jews vs. Nazis beer pong.

The student who hosted the party earlier this month was suspended and can reapply to The Lovett School. Two other students who were watching the game but not playing were banned from extracurricular activities for the first two weeks of the new school year, the Atlanta Journal-Constitution reported Wednesday.

Among the approximately two dozen guests at the party, 19 are entering their senior year at the school. There were also some alumni, and some of the guests were minors.

The school learned of the game when a local rabbi, Peter Berg, told the headmaster about the party after receiving the photo in an email from several people.

“The fact that someone could even conceive of such a game and then play it and think it’s funny is beyond words,” Berg told WSB-TV Channel 2 Action News. “To see that image as a Jewish person is something that the Jewish students in that school, it’s gonna take a long time to get over, if ever.”

The photo shows large red beer cups laid out on a table in the shape of a swastika and a Star of David.

In a statement sent to the news channel, the school said: “Character education is at the heart of all we do at Lovett, and we deeply appreciate the individuals and organizations across our community who are helping us to continue to learn and grow from this very troubling incident.”