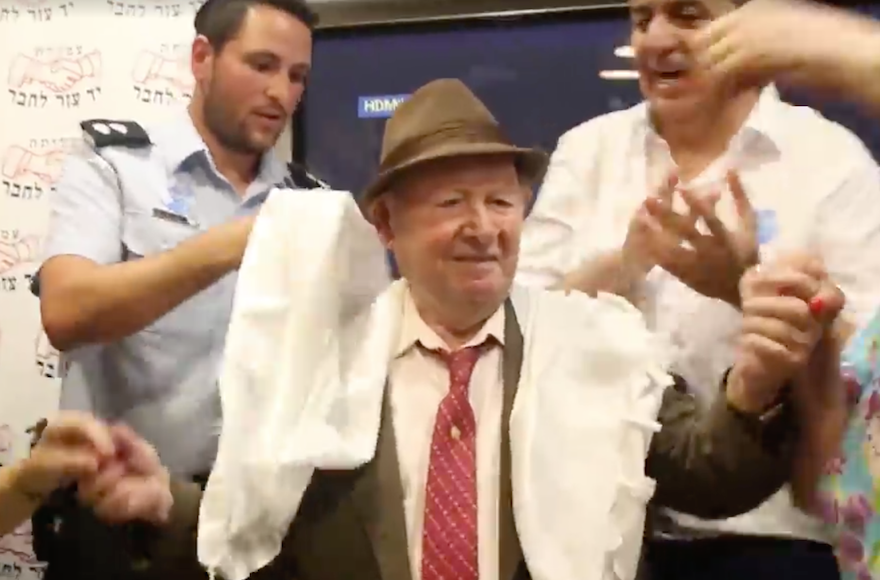 (JTA) — Better late than never, right? A 93-year-old Holocaust survivor celebrated his bar mitzvah in the Israeli city of Haifa a mere 80 years after he was supposed to have the coming-of-age rite.

But Shalom Shtanberg, whose ceremony was Thursday, was living in the Warsaw Ghetto when he was 13, Reuters reported.

Unlike most of his family, he survived the Holocaust. His skills as an electrician made him a valuable worker.

“In the beginning I did not speak,” Shtanberg told Reuters of his time in the Warsaw Ghetto. “I said and told nothing because I stayed a child, aged 13, 14, and [living in the] Warsaw Ghetto was extremely difficult, every day.”

Local police officers brought Shtanberg and his wife to a synagogue in Haifa, where he was greeted by a cheering crowd.

As a video on Ynet News shows, Shtanberg had quite the time dancing at the ceremony after reading his Torah portion.