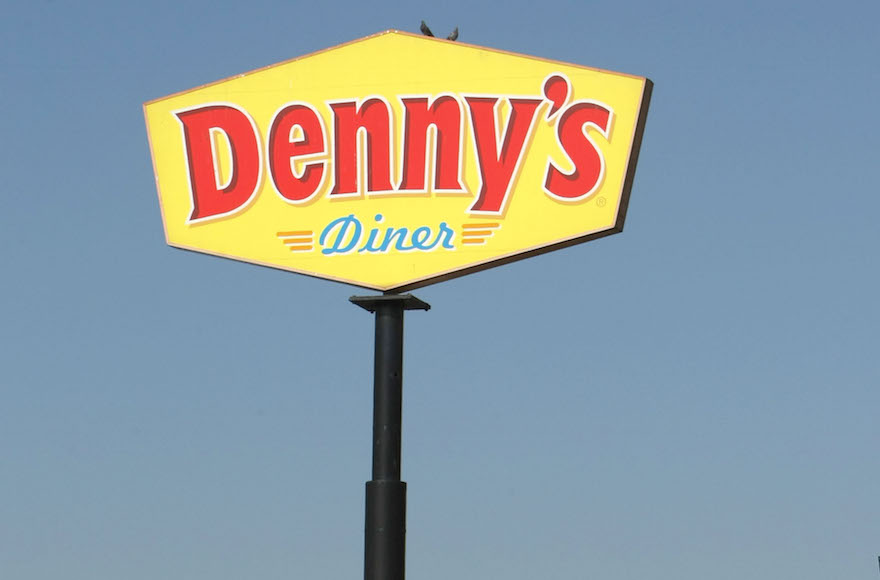 (JTA) — A Jewish woman has filed a lawsuit against a Detroit-area Denny’s restaurant for serving her bacon.

Angela Montgomery, 30, of Sterling Heights, Michigan, said she found bacon in the vegetarian omelet served to her last month at her neighborhood Denny’s.

The lawsuit says Montgomery “is a practicing Jew whose religion forbids the eating of any pork product,” according to a report Monday in the Detroit Free Press.

Montgomery says in the lawsuit that the waitress and manager apologized and said it was a mistake since the bacon container was next to the containers for vegetables in the restaurant’s kitchen. She also said they offered her a new omelet at no charge but that her appetite had been ruined by the knowledge that she had eaten bacon.

Montgomery told the Free Press that she was “poisoned” by the restaurant.

“It’s like the most vile, disgusting creature on planet Earth that’s not supposed to go in your body, and I ate it. To me, that’s a poisoning. I was poisoned,” she told the newspaper.

The lawsuit was filed in Wayne County Circuit Court by Dearborn attorney Majed Moughni, who also filed a lawsuit in the same court last month on behalf of a Yemeni-American Muslim couple from Dearborn against a Kentucky Fried Chicken restaurant in Lincoln Park, Michigan, for putting bacon in their chicken sandwiches.

Askar Abubaker, and his wife, Hasinah Saeed, who wears an Islamic face veil, requested cheese as the only extra in their sandwiches. They allege that the KFC employees were looking at them and smiling when they discovered the bacon.

KFC said it was the result of a miscommunication.

“At KFC we respect the religious beliefs of our guests of all faiths,” a KFC spokesman said. “We believe this lawsuit was filed as a result of a miscommunication between the guest and our team member.”

The lawsuits allege breach of contract and negligent representation, and seek monetary damages for emotional and physical distress from having eaten bacon.

Moughni also filed a lawsuit in May against Little Caesars Pizza in Dearborn that advertised halal pepperoni pizza, which the attorney said in his lawsuit was not halal and contained pork.