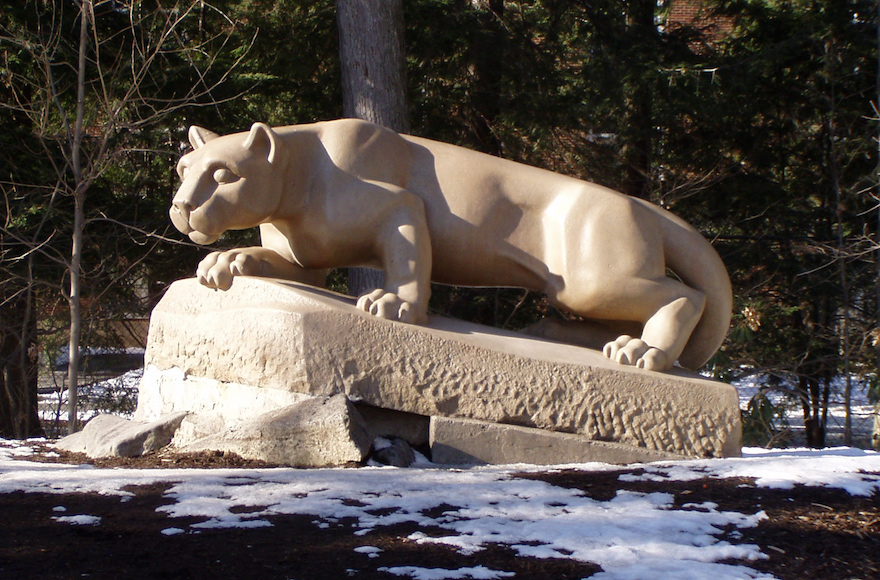 (JTA) — Penn State, one of the largest universities in the country, has introduced a kosher food option for campus dining on a one-year trial basis.

The dining space, called Pure, opened last month at the start of the fall semester. It is part of a new campus dining hall that also provides halal-certified meat for Muslim students, as well as a food allergen-free station.

A Penn State senior, Aaron Goldberg of Philadelphia, last year approached the director of residential dining, Lisa Wandel, about the need for a kosher dining option, bringing 10 pages of requests from other students and ideas about how the provision of kosher food could be approached, the Philadelphia Jewish Exponent reported.

Goldberg said he had met Jewish students who would have liked to attend Penn State but chose other places because they could not get kosher prepared food on campus.

Penn State’s main campus in University Park has some 40,000 students, making it among the top 10 largest in the U.S. There are about 5,000 Jewish students there.

The kosher space will be open for Sunday brunch and dinner Monday through Thursday. If the trial is successful, the dining service is considering providing packaged kosher lunches as well, Wandel told the newspaper.

The campus Housing & Food Services invested in a new kitchen area, new pots, pans and appliances. It decided to use disposable plates and flatware to prevent mix-ups.

Star-K of Baltimore is providing the kosher supervision and will provide a mashgiach, or kashrut supervisor, for the kitchen.

“The University is committed to supporting cultural and religious diversity among its students, and we are very excited to be creating new spaces for students to come together to share meals, customs and ideas,” Penn State President Eric Barron said in a statement issued by the university. “The kosher kitchen is a positive example of what can come from creating opportunities to have open dialogues about how to foster a welcoming campus environment.”