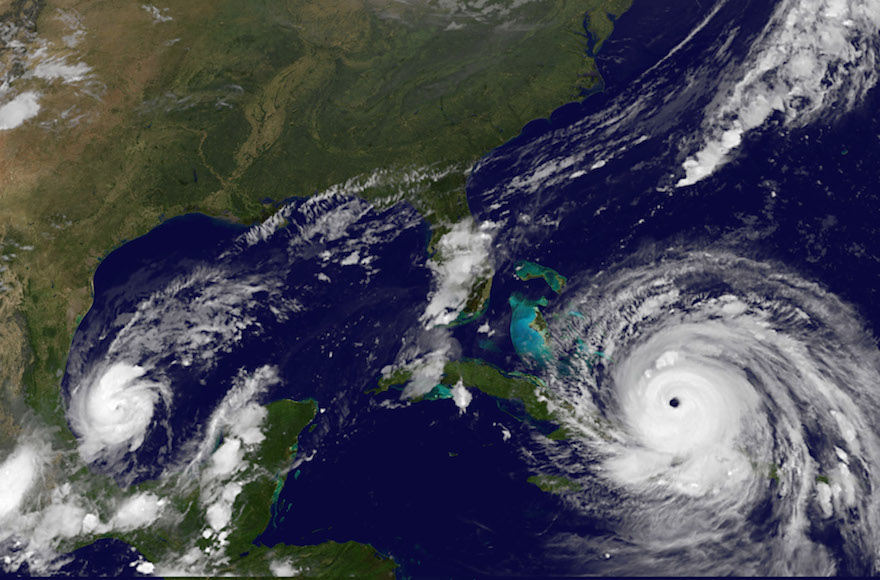 (JTA) — An influential Ashkenazi rabbi in Israel said Jews may travel on Shabbat to escape Hurricane Irma, a Category 4 storm that is expected to hit Florida over the weekend.

But some Jews in flood-prone areas are determined to ride out the storm, another rabbi said.

Rabbi Chaim Kanievsky, who receives thousands of followers annually at his home in Bnei Brak from haredi Orthodox communities around the world, issued the call in an interview with a follower. One of his aides filmed and posted his response online Wednesday.

The storm could create one of the largest mass exoduses in U.S. history as additional evacuations are announced. Orthodox Jewish law permits the violation of Shabbat, the Jewish day of rest, only in life-threatening or otherwise severe emergencies.

Late Thursday, the National Weather Service issued a hurricane warning for South Florida and a storm surge warning as Irma makes its expected way to the U.S.

Tens of thousands of people had left the area voluntarily even before mandatory evacuations took place in the Florida Keys and began Thursday in some parts of the Miami area.

But many Jews in Miami will stay, according to Rabbi Chaim Lipskar, co-director with his wife, Deenie, of Miami’s Shul of Downtown.

Lipskar, who has five young children at home, told the Chabad.org website that half of his community is determined to remain in town. He said his family plans on riding out the storm in the 20,000-square-foot, 3-year-old Chabad House, which “is made of solid steel and concrete, and can handle hurricane-force winds.”

“We have gas generators, food and water; we are all set up,” the rabbi said. “We are going to hunker down and hope for the best.”

Evacuation orders led to the closure on Wednesday afternoon of the Lubavitch Educational Center, where some 1,500 students from preschool through high school are enrolled. The school, which has several campuses in the greater Miami area, will remain closed for the next few days.

An Orthodox community in Toco Hills, an Atlanta neighborhood, is offering hospitality to Jews evacuating Florida. Congregation Beth Jacob is planning to host approximately 400 people for meals on Shabbat, a publicist said, and more than 210 local  families have signed up to host.

The governors of Georgia and South Carolina ordered mandatory evacuations of low-lying coastal areas around Savannah and Charleston as rescue forces brace for the arrival this weekend of the storm, whose 165 mph winds have already devastated whole islands in the Caribbean, resulting in several deaths.

The path the storm will take as it rolls up Florida remains unclear, USA Today reported. The Florida Keys are poised to get hit. Some models show the storm’s eye bending a bit, just to the east of the Florida coast, while other models take the storm directly over Miami Beach.