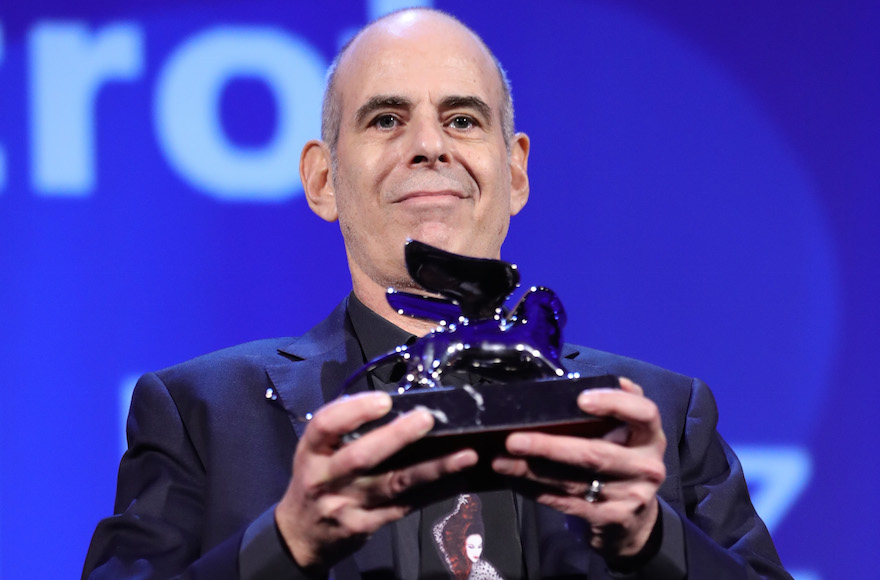 JERUSALEM (JTA) — The Israeli film “Foxtrot” won the Silver Lion grand jury prize at the Venice Film Festival but was condemned by the state’s culture minister.

The film, an allegory about people and their attempt to control their own fates, which takes a swipe at the Israeli media, is the second Venice prize for director Samuel Maoz, who won the top prize, The Golden Lion, in 2009 for his film “Lebanon.”

Following the announcement of the prize Saturday, Israel’s Culture Minister Miri Regev attacked the film, saying that “the international hug comes from self-flagellation and cooperation with the anti-Israeli narrative.”

A final scene in the film shows Israeli soldiers killing and then burying an Arab family.

“An Israeli wins an international prize, the heart fills with pride and my natural desire is to strengthen and encourage the Israeli success,” Regev said in a post on Facebook, which continues, that the award for “Foxtrot” in Venice “is an exception.”

Regev, who was the IDF spokeswoman before she entered politics, also wrote, “In the IDF I served for over 25 years, there are no such scenes. Just slander.”

In a statement issued Saturday night by her office, Regev said: “It’s outrageous that Israeli artists contribute to the incitement of the young generation against the most moral army in the world by spreading lies in the form of art.” She said movies such as “Foxtrot” give “a tailwind to and haters of Israel all around the world,” referring to the Boycott, Divestment and Sanctions movement against Israel.

She said state funding for such films “become a weapon of propaganda for our enemies.”

In a meeting in Jerusalem Sunday with a delegation of Hollywood producers and executives, Israel’s President Reuven Rivlin said that he had not yet seen the film but planned to.

“I did not watch the film but I’m going to watch it, I do not know if I will like it, but I will watch it as I try to watch every Israeli film,” Rivlin told the Hollywood visitors, according to a statement issued by his office.

“In general, I am a great fan of Israeli cinema, which is a symbol of freedom of expression and the strength of Israeli democracy. Israeli cinema is one of the most important ambassadors of Israel in the world because of its quality, and because of the way it reflects different aspects of life in Israel, with all the challenges and magic within it.”