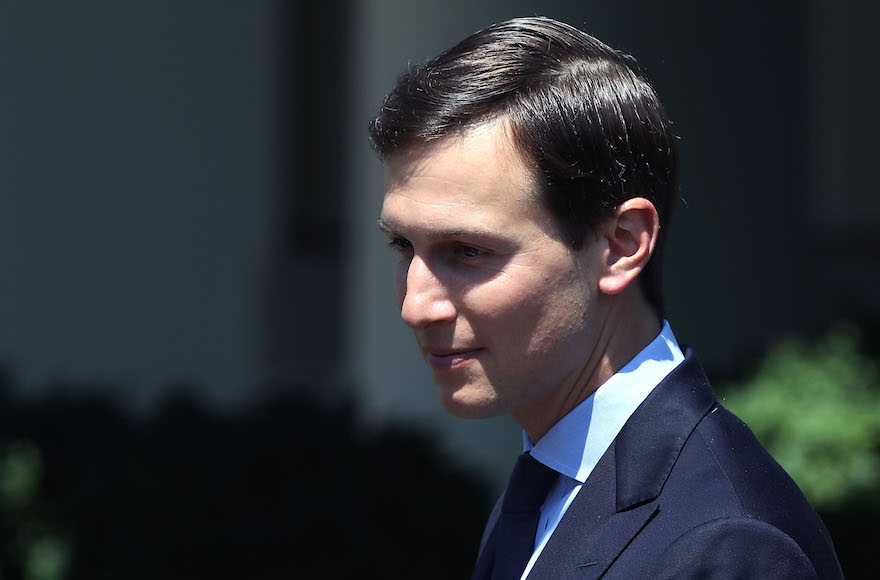 (JTA) — Some lawyers for President Donald Trump recommended that Jared Kushner step down as senior White House adviser over the Russia scandal.

The Wall Street Journal reported Monday that the president’s lawyers were not united in the opinion. The article also said that Trump believed Kushner had done nothing wrong, thus there was no reason he should quit.

Due to the concerns of some members of the president’s legal team, press aides to the team drafted a statement explaining Kushner’s departure, the newspaper reported, citing people familiar with the matter.

Kushner reportedly had several meetings with Russian officials during and after the election campaign. He also failed to disclose on his application for a security clearance a meeting he had with a Russian official, along with his brother-in-law Donald Trump Jr., to receive damaging information about Hillary Clinton, the Democratic candidate for president, during the 2016 campaign.

In July, Kushner appeared before the Senate Intelligence Committee as part of its investigation into Russian interference in the election. Afterward he released an 11-page statement denying collusion.

Some of Trump’s attorneys worried that keeping Kushner as an adviser could involve other White House officials in the Russia investigation, including his discussing the probe with the president without a lawyer present.