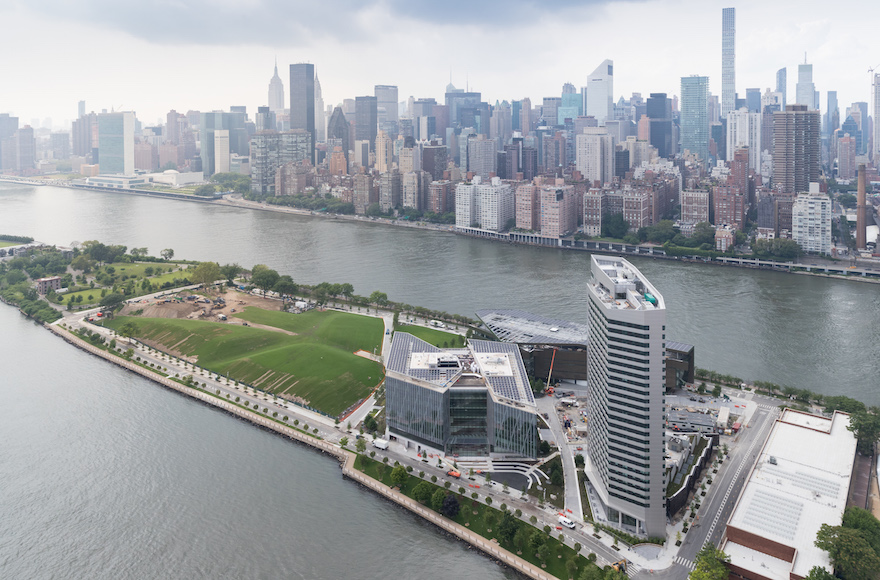 NEW YORK (JTA) — A high-tech teaching and research center born of a collaboration between Cornell University and the Technion-Israel Institute of Technology inaugurated its newly built campus on Roosevelt Island.

“Today we take a bold step in the tech arena with the opening of this campus,” Cuomo said prior to the ribbon-cutting ceremony. “It’s ambitious — it was almost an audacious dream when we started.”

De Blasio joked, addressing the Technion president, “In New York, Peretz, we would say this is a mitzvah.”

Bloomberg, who conceived of the $2 billion project when he was mayor and donated $100 million to it, said Cornell Tech would help re-establish New York as a technological center.

“In many ways, this project helps bring New York City back to the future,” he said, citing various technological features of the campus, such as the goal to make the main academic center one of the largest net-zero energy buildings in the world.

In 2010, Bloomberg invited top universities to submit pitches to build the campus. The winners would receive both funding and land on Roosevelt Island, a two-mile long island on the East River. In 2011, the city declared Cornell and the Technion winners, and the project opened the following year, operating out of a temporary location in Manhattan’s Chelsea neighborhood. 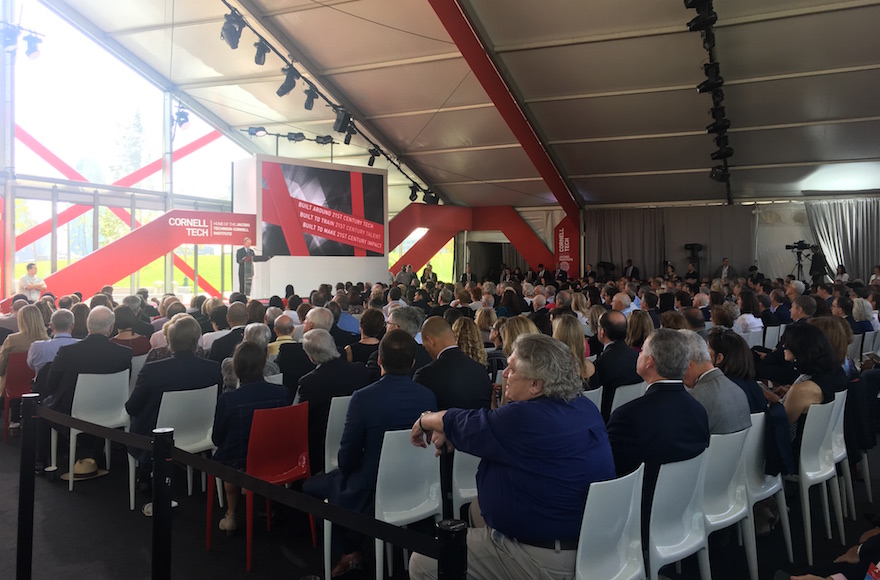 De Blasio echoed Cuomo’s vision of the campus, which he said, “says to people that we will be forever a global center of technology and innovation.”

Lavie recalled thinking the Israeli institute had a slim chance of winning the bid.

“Since we have such a slim chance of winning — be wild,” he recalled telling Technion staff. “Use your imagination, think outside the box.”

“With this campus, Cornell and Technion are making a clear statement: practical knowledge, to paraphrase Ezra Cornell, is not inferior nor second to basic knowledge,” he said. “They are the two sides of the same coin. This concept is part of the Technion’s DNA and more broadly the State of Israel, which is known as startup nation.”