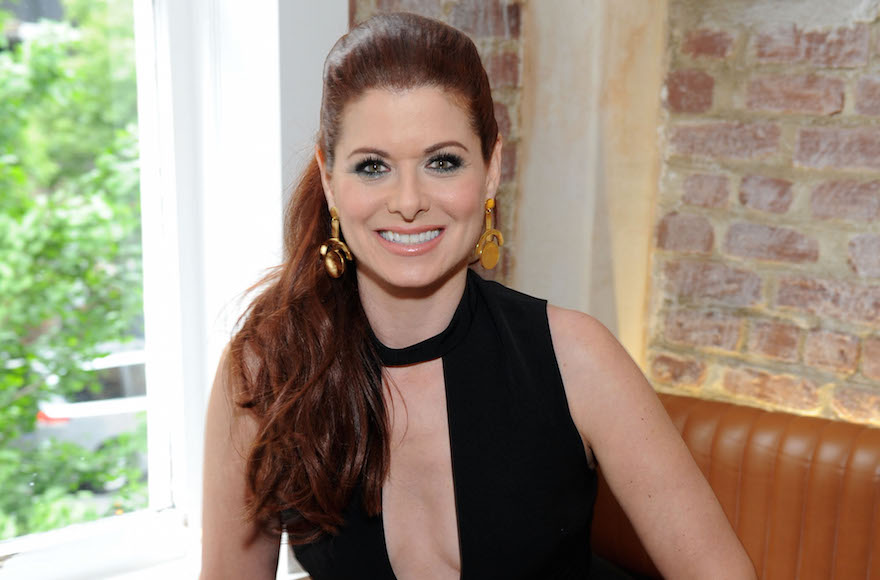 Debra Messing, second from left, became a household name thanks to the success of "Will & Grace," but she failed to make the cut in her first audition at Brandeis.(Craig Barritt/Getty Images for Haute Living)
Advertisement

It’s not hard finding Brandeis University alumni in the Jewish world. They’re probably in your neighborhood, your office — maybe even your home.

But there’s also plenty of Brandeis DNA in places you might least expect it, from Hollywood to the boardroom. Here are some celebrities you might not know spent their formative years at the Jewish-founded nonsectarian university outside of Boston. 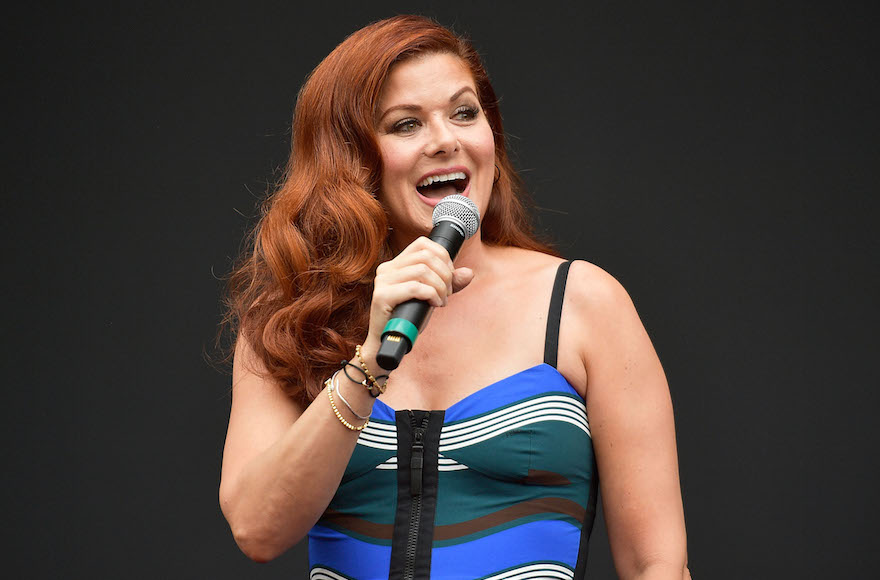 Debra Messing had high hopes for her acting career when she arrived as an undergraduate at Brandeis. Having starred in numerous plays at her high school in Rhode Island, Messing eventually would make it big with her role as Grace Adler in the groundbreaking NBC sitcom “Will & Grace.”

But at her first audition for a play in college, Messing failed to get the part.

In 2003, Messing’s work as the funny, smart, quirky (and, of course, Jewish) best friend of two gay men on “Will & Grace” earned her the Emmy Award for outstanding lead actress in a comedy series. Starting Sept. 28, Messing will be reprising her role as Grace in a 10-episode revival of the NBC hit.

In the interim, Messing has done more shows than she can count, including another NBC show, “Smash,” developed by fellow Brandeis alumna Theresa Rebeck.

If she could go back and give advice to her 20-something self, Messing told Haute Living recently that she’d say: “It’s gonna be OK. There is no race. You are an artist; follow your instincts. You are beautiful as you are.”

The 44th president of the United States (sort of) 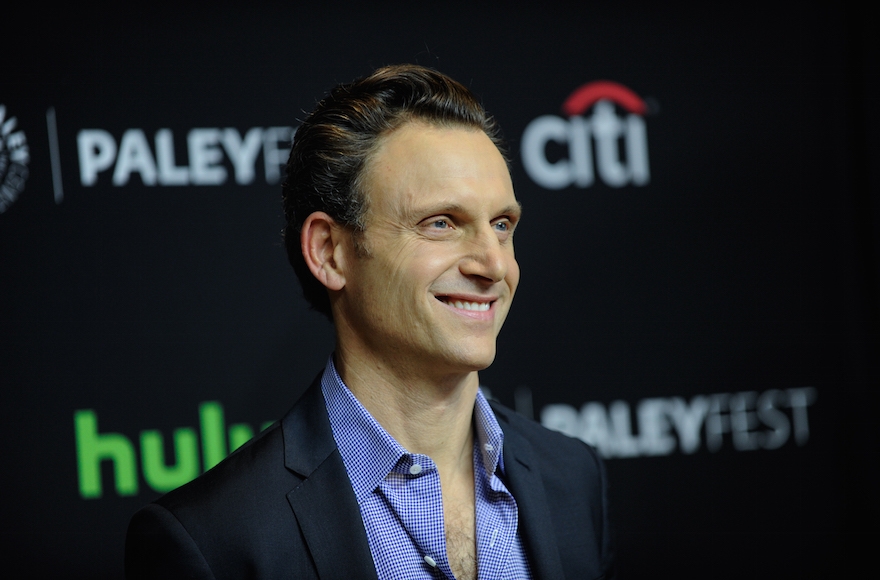 He became president thanks to a rigged election, narrowly escaped a sex scandal that could have derailed his presidency and allows his passions to rule his decision-making about matters of war. We’re talking, of course, about the fictional 44th president of the United States, Fitzgerald Grant III.

Tony Goldwyn, who plays the president on Shonda Rhimes’ popular ABC drama “Scandal,” isn’t just a graduate of Brandeis, he’s also the scion of a very famous Jewish family. His great-grandfather was the legendary movie mogul Samuel Goldwyn, who came to America as a penniless teenager a couple of years after the death of his Polish Hasidic father and eventually became one of Hollywood’s most powerful producers.

Not long after graduating drama school, Goldwyn got his first big break playing the perfidious villain in “Ghost,” the 1990 blockbuster starring Patrick Swayze and Demi Moore. Though now a star on one of the most popular shows on television, Goldwyn hasn’t forgotten his roots. He has stayed involved with Brandeis, and in a 2015 visit recalled his alma mater as being a “very entrepreneurial place.”

“If students weren’t cast in shows,” he said, “they would get together and put on their own.”

The female CEO with Playboy credentials 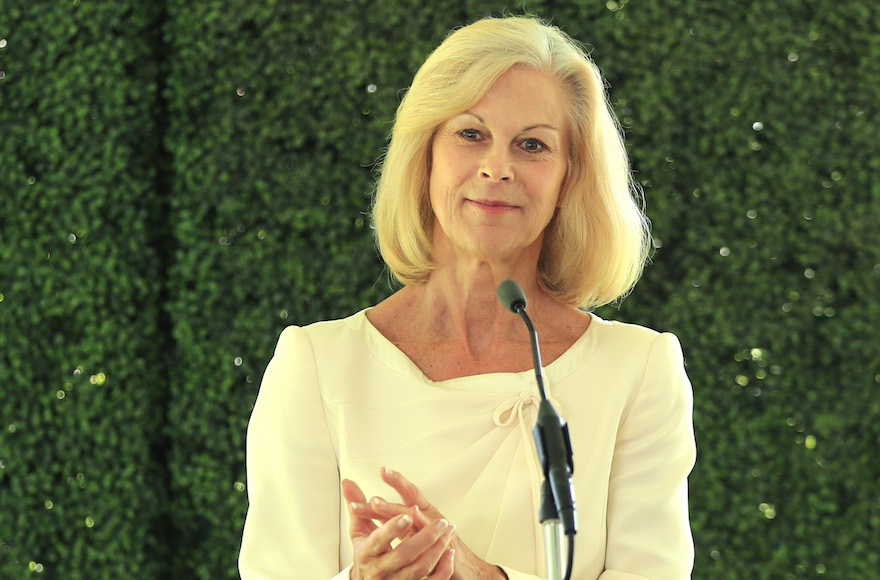 Christie Hefner is one of the most accomplished businesswomen in America, her name synonymous with the world-famous company she once ran.

That’s thanks both to her work and her family name: Hefner ran Playboy Enterprises, the company started by her father, Hugh Hefner. When Christie Hefner became Playboy’s president at the tender age of 29, she quickly put to rest any doubts about nepotism ruining the family business. She transformed Playboy into a global giant, promoting its international, television and digital expansion, and eventually became the longest-serving female CEO of a public company. 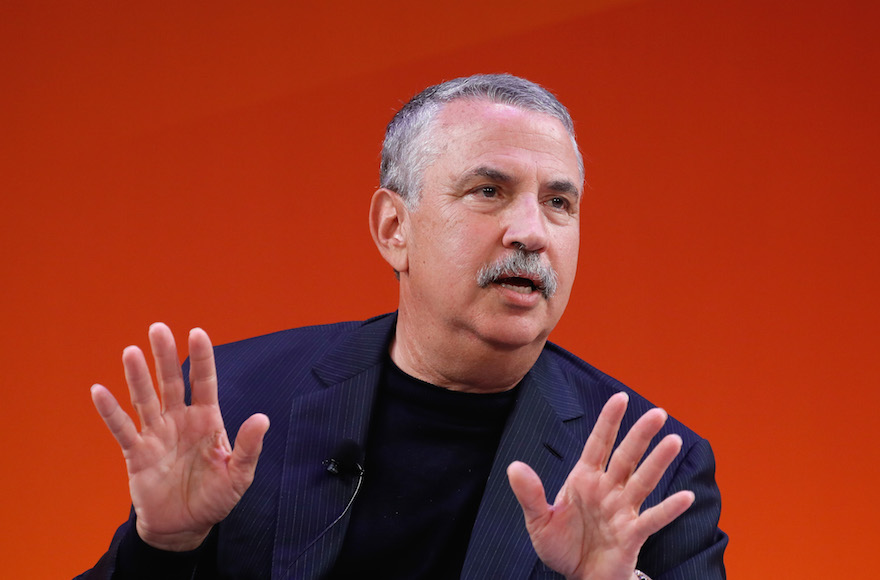 Before going to Beirut and Jerusalem, before he discovered the world is flat – not to mention hot and crowded — Thomas Friedman was a bookish student at Brandeis with a passion for the Middle East.

Friedman spent three of his high school summers at Israeli kibbutzim, and at Brandeis majored in Mediterranean studies. After graduating in 1975 he began his experiential education, winning a Marshall Scholarship to study at Oxford and eventually becoming a foreign correspondent for The New York Times.

The winner of three Pulitzer Prizes, Friedman today is one of the world’s most famous and influential newspaper columnists. He’s also a frequent visitor to the Brandeis campus, where he regularly talks to students and is a member of the journalism program advisory board.

The woman who would not be denied 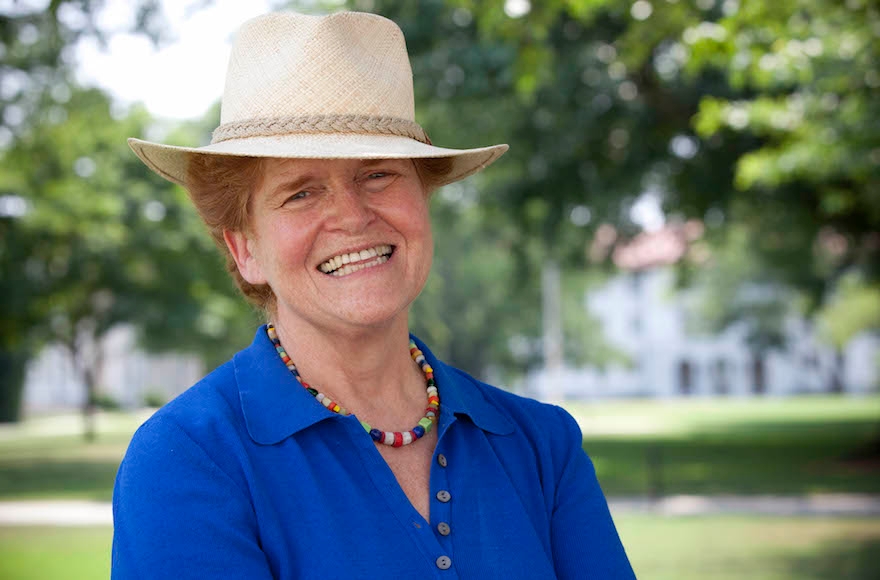 Deborah Lipstadt was the 100th person to earn her doctorate at Brandeis. (Courtesy of Emory University)

Deborah Lipstadt was well known in Jewish and academic circles long before actress Rachel Weisz’s portrayal of her in the 2016 film “Denial” made her famous among filmgoers. An accomplished Holocaust historian, Lipstadt is one of the many academic stars in Jewish-related fields to hail from Brandeis.

But she was one of the early ones: When she graduated in 1972, Lipstadt was only the 100th person to earn a doctorate at Brandeis. (Her dissertation was on the American Zionist leader Louis Lipsky.) Then she went on to distinguish herself as the world’s leading expert on Holocaust denial, eventually landing at Emory University.

Lipstadt was catapulted to fame when Holocaust denier David Irving sued her for libel in 1996, not long after publication of her book “Denying the Holocaust.” Lipstadt’s subsequent defense in an English courtroom, which laid bare Irving’s lie that there were no gas chambers at Auschwitz, dealt a serious blow to the cottage industry of Holocaust denial. Lipstadt became a hero, and her 2005 book about her experience, “History on Trial: My Day in Court with a Holocaust Denier,” won wide acclaim.

“Denial,” the popular film about Lipstadt’s fight with Irving, propelled her celebrity to new heights, but Lipstadt remains a serious academic interested in serious work.

“I now have a platform to reach people that I didn’t have before,” she said recently. “It’s incredibly humbling. What it has done is make me try to be even more careful about what I say because people tend to pay more attention. With greater prominence comes greater responsibility.”