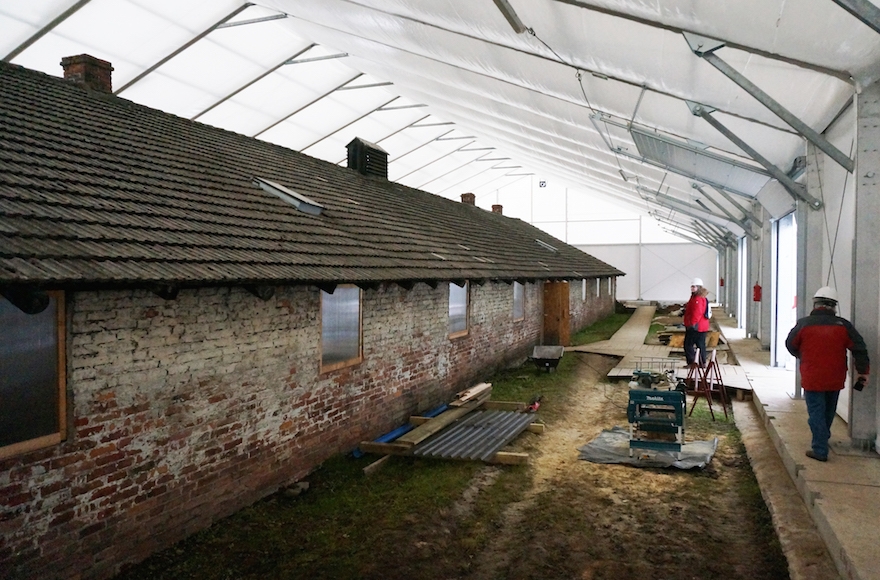 (JTA) — A court in Belgium has ordered a former lawmaker convicted of Holocaust denial to visit a Nazi concentration camp every year for the next five years and write about his experiences.

Laurent Louis, 37, was given the unconventional sentence last week by the Brussels Court of Appeal, The New York Times reported.

In June 2015 he was convicted and given a six-month suspended jail sentence and fined over $20,000 by the Correctional Tribunal of Brussels for making statements that consciously downplayed the atrocities committed by the German occupation forces that ruled Belgium during World War II. The trial centered on online statements he made that questioned the number of Jews killed in Nazi gas chambers during the Holocaust.

During his time in parliament, Louis was responsible for a number of actions perceived as provocative to Belgian Jews and resistance fighters.

In 2014, Louis said in parliament that “the Holocaust was set up and financed by the pioneers of Zionism.” He also posed outside parliament while standing on an Israeli flag and holding a portrait of Bashar Assad, Syria’s president.

Louis entered parliament as a representative of the small center-right People’s Party, but he was later kicked out.

In a statement issued Sept. 20 following the ruling, Louis said he would carry out the ruling and “repent every year in a death camp.” He said the sentence would be “very educational and very powerful on a human level,” and called it a chance to “denounce current genocides,” according to the Times.

Louis has called Israel’s actions in the Gaza Strip a genocide and said Zionism was worse than Nazism.