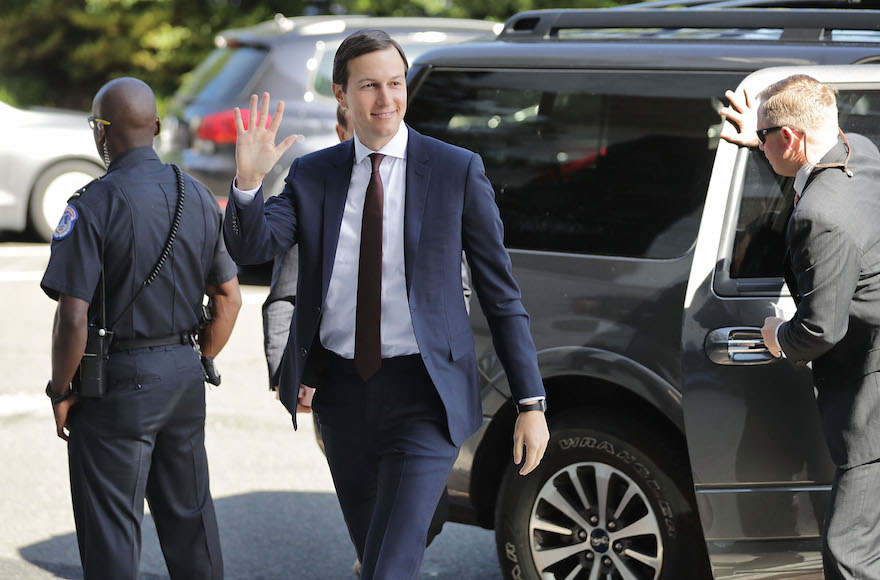 Politico first reported Kushner’s use of a personal email account, citing his lawyer.

“Mr. Kushner uses his White House email address to conduct White House business,” Abbe Lowell said in a statement to Politico. “Fewer than 100 emails from January through August were either sent to or returned by Mr. Kushner to colleagues in the White House from his personal email account. These usually forwarded news articles or political commentary and most often occurred when someone initiated the exchange by sending an email to his personal rather than his White House address.”

Lowell said Kushner, who is Jewish and Trump’s son-in-law, forwarded the messages though his official White House account in order to create an official record. The account was set up during the transition period.

Among the officials who corresponded with Kushner on his personal account since Trump took office in January are Reince Priebus, the former chief of staff; Stephen Bannon, the former chief strategist; National Economic Council director Gary Cohn and spokesman Josh Raffel, according to Politico.

There is no indication that Kushner shared any sensitive or classified material on his private account, according to Politico.

Kushner is not the only White House official to have been discovered using a personal account, according to The New York Times, but is the closest adviser to do so.

The revelation comes as Kushner remains under scrutiny in investigations into Russian involvement in the 2016 presidential election.

Trump harshly criticized Hillary Clinton, his opponent in the 2016 presidential race, for her use of a private email server when she was secretary of state under President Barack Obama.