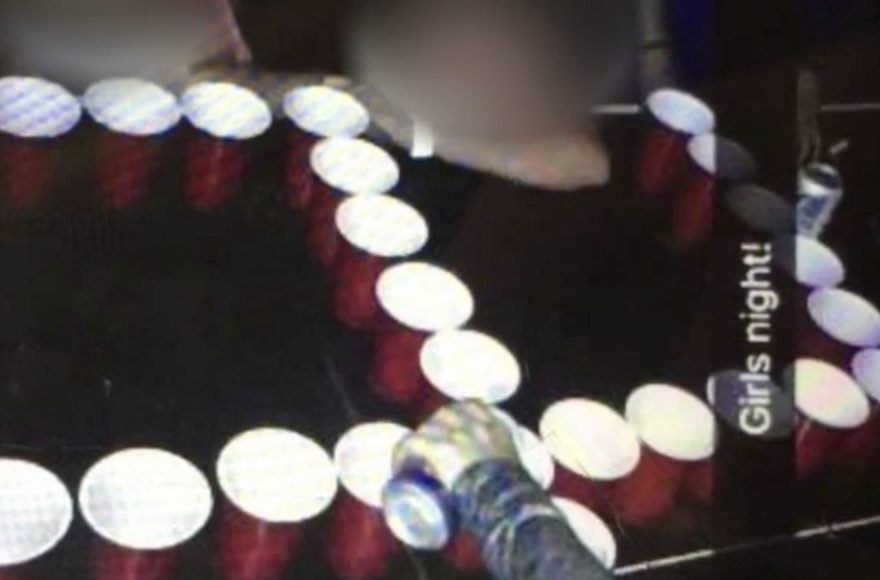 One of Snapchats (Screenshot from KSHB Kansas City)
Advertisement

(JTA) — Students from an all-girls Catholic high school in Kansas City will not be expelled after photos of them playing Jews vs. Nazis beer pong appeared on social media.

Alumni and parents from St. Teresa’s Academy called for the teens to be expelled for the off-campus incident, which did not take place during school hours.

The photos on Snapchat and other social media show the girls standing in front of a table pouring beer into cups arranged in the shape of a swastika with the caption “Girls night,” the Kansas City Star reported. An unnamed source sent the images to the newspaper.

St. Teresa’s told the Star that it had conducted an internal investigation and determined that the students had been drinking underage. The school confirmed that it had disciplined the students but did not disclose how.

“Unfortunately, as with high schools all across the country, we deal with underage drinking on a regular basis,” the school’s president, Nan Bone, wrote in a post on the school’s Facebook page. “This incident was irregular; it was something we have never faced before and it has shaken us to our core.”

Bone said in the post that the school and its administration “condemn discrimination of any kind.”

She also wrote: “Many of you have questioned the consequences and called for expulsion of the students involved. While we respect your opinion, expulsion is the wrong solution in this situation.”

Bone said the school will be announcing several new initiatives that address the issues brought out by the incident.

Last month, a student from a private school in Atlanta was expelled and four others suspended after they posted a photo on social media showing them playing the Jews vs. Nazis beer pong game.