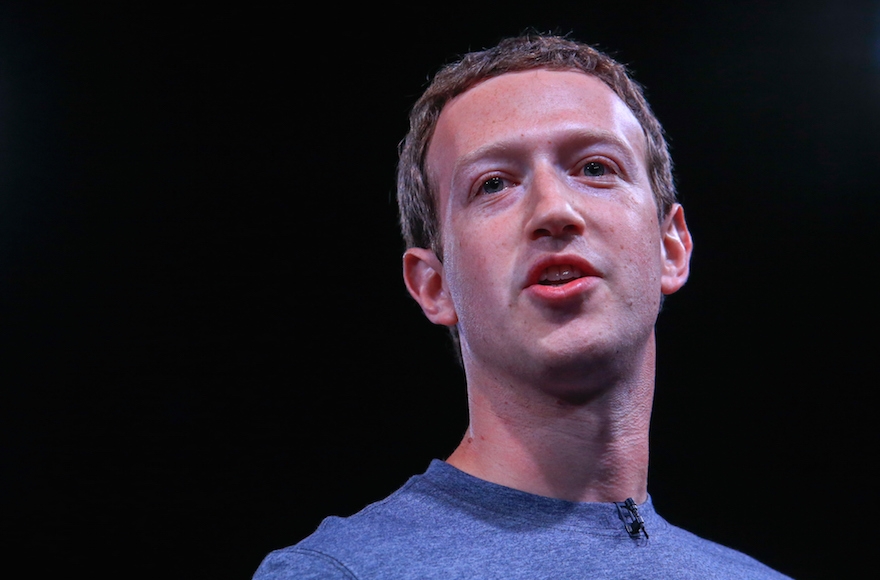 (JTA) — Facebook CEO Marc Zuckerberg in a post-Yom Kippur message on his social network asked forgiveness for the misuse of Facebook in the past year.

Although Zuckerberg did not specify which misuse he was referring to, Facebook earlier this month turned over more than 3,000 Russia-linked ads to congressional committees investigating the Kremlin’s influence operation during the 2016 presidential campaign. The handover of the ads came after months of denial by Zuckerberg that Facebook played any role in influencing U.S. voters.

“I care deeply about the democratic process and protecting its integrity,” Facebook’s chief executive, Mark Zuckerberg, said at the time in an appearance on Facebook Live, the company’s video service. He added that he did not want anyone “to use our tools to undermine democracy.”

“That’s not what we stand for,” he said.

In addition, an investigative news website recently discovered that it was possible to target ads at Facebook users who expressed interest in subjects such as “Jew hater” and “how to burn Jews.” Facebook removed the categories after being alerted to their existence and said it would seek to prevent such categories from popping up for potential advertisers.

Some of Zuckerberg’s followers responded with praise for the good that Facebook has done for them and for his respectful nod to his Jewish heritage.

Others attacked him and his reference to religion.

He added in a second tweet: “To make it very clear: no problem in being an atheist whatsoever; the problem is to use religion as a political tool”

“Forgiveness is denied by both. God and humanity, since you & Sheryl knew what was happening, condoned it, & then lied about both its existence and impact,” Matt Ocko, partner at VC fund Data Collective, said in a tweet.