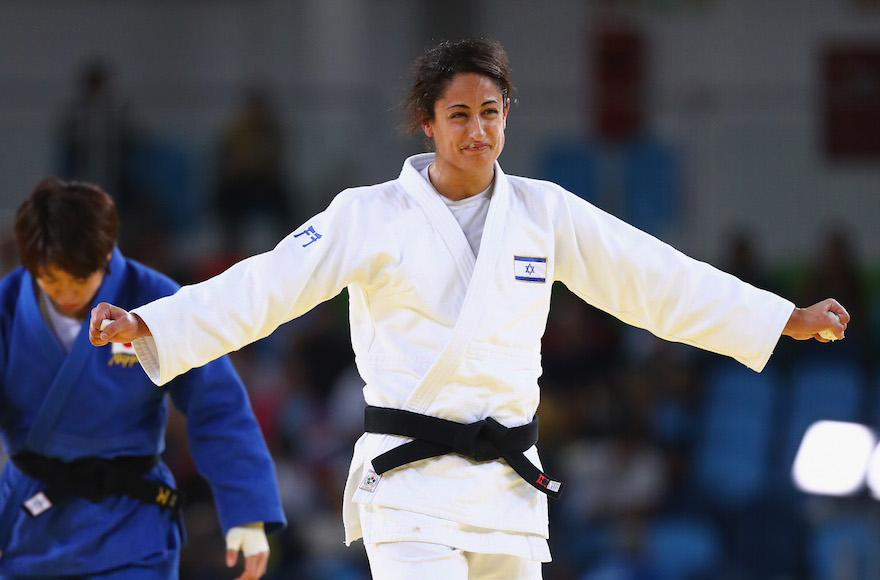 JERUSALEM (JTA) — Israeli judoka Yarden Gerbi, who won a bronze medal at the 2016 Rio Olympics, said she would retire from competitive judo.

“I felt that the fire in me had gone out,” Gerbi, 28, said in her announcement Tuesday morning. “I don’t have the energy to give my all on the [judo] mat.”

Gerbi earned the gold medal at the world championships in 2013 and silver in 2014. Judo’s European Senior Championships will be held next year in Israel.

She said she was still considering her post-retirement plans, which are said to include completing her college degree and teaching judo to young people.

Gerbi defeated Miku Tashiro of Japan for Israel’s first Olympic medal since the 2008 games in Beijing.

“The medal is for all of Israel, for everyone who supported me and cheered me on,” Gerbi said after her victory. “I’m waiting for someone to wake me up. I gave my soul and it paid off. Whoever said you can’t succeed in Israel is wrong.”