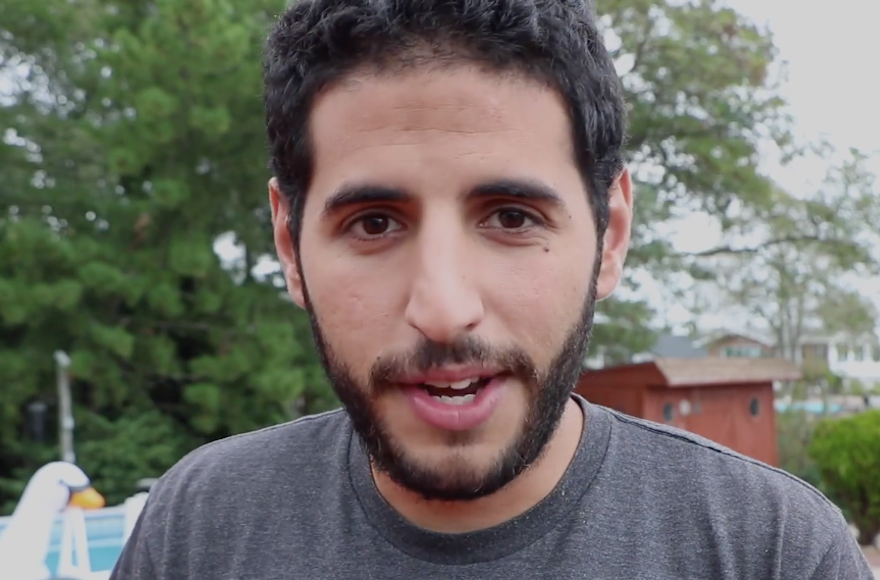 “This stupid ban is pure politics, and the only people benefitting from it are not the airlines, not the Muslims and not the Jews,” he said. “It only benefits the people in power, the outdated undemocratic kings of the Arabs and the far-right Israeli leaders. And that’s not us.”

A Harvard graduate born and raised in an Arab village in northern Israel, Yassin, 26, has traveled the world for nearly two years, making roughly one-minute videos about people and places. Over that time Nas Daily has accumulated more than 2 million followers.

Yassin’s latest destination is India. He booked a Kuwait Airways flight to the country Saturday from New York. But when he arrived at the airport to check in, he was turned away.

“This is daylight discrimination, and it should be illegal,” he said in the video, which is titled “This is not okay.”

Kuwait Airways refuses service to Israeli citizens, citing a Kuwaiti law barring citizens from agreements “with entities or persons residing in Israel, or with Israeli citizenship.” The national carrier for the oil-rich emirate has resisted pressure to change its policy and has absorbed major financial hits as a result.

In 2016, Kuwait Airways ended its flights between European cities following lawsuits filed against it in Switzerland on behalf of an Israeli who was denied a ticket. The year before, the airline dropped its route from New York to London after the U.S. Department of Transportation ordered it to stop discriminating against Israelis.

Due to peace deals, Egypt and Jordan allow mutual air travel with Israel. Despite the Arab League’s seven-decade boycott of Israel, other Arab countries allow Israelis to board flights that run between certain foreign countries.

In the video, Yassin took issue with boycotts of Israel in general. Using a common pro-Israel argument, he pointed out that a full severing of ties with Israel would mean losing out on some of its famed technology.

“Dear Kuwait, if you want to boycott Israel, be my guest. Refuse me service,” he said. “But also give me your USB flash drives, your phones, your safe driving cars, your Viber, your Waze or your anti-virus. This is also Israel.”

Yassin also questioned the motives behind Kuwait’s boycott, noting that the country’s efforts hurt Israel’s Arab minority. Supporters of such boycotts generally focus on Israel’s policies toward the several million Palestinians living in the West Bank and the Gaza Strip.

“If you want to boycott Israel because of Palestine, I don’t think you actually care because you’re also boycotting 2 million Muslim Palestinian Israelis like me,” he said.

As of Tuesday afternoon, the video has more than 460,000 views and over 14,000 likes. The World Jewish Congress shared it on its Facebook page Tuesday with the approving comment “A well-needed reality check from Nas Daily, saying it as it is.”

However, Yassin, who has dealt with the Israeli-Palestinian conflict in past videos, reserved some criticism for his native country, saying in the video caption that Israel makes it too hard to get a visa from Kuwait. He also voiced frustration with being constantly caught between his Palestinian and Israeli identities.