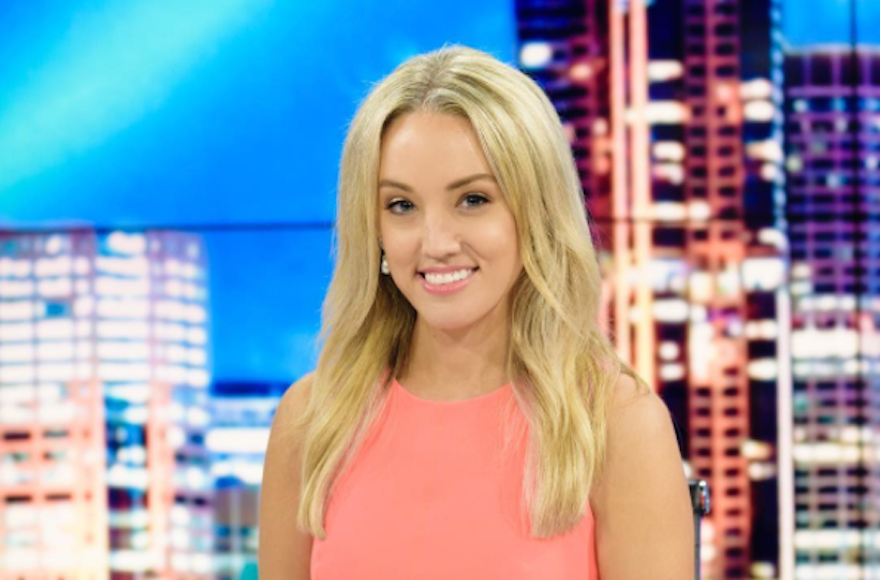 (JTA) — A Jewish television reporter for the British news station Sky News charged that harassment by a former colleague escalated into “brazen anti-Semitism.”

Caroline Marcus wrote in a column published Tuesday by the Australian edition of the Daily Telegraph that Ben MCormack plastered his work station situated next to hers with “vile cartoons depicting Jews as Hitler,” and reportedly wrote on Facebook his opinion that Israel was a “f***ing international disgrace.” He also said, referring to the Holocaust, “Your 70 years of special treatment are over.”

Marcus wrote that McCormack knew she was Jewish and that her family had survived the Nazis in Eastern Europe.

The two worked together on Nine Network’s “A Current Affair” in Sydney. The targeted anti-Semitism took place in 2014.

Marcus revisited the period this week after a television presenter in Adelaide, Australia, was fired on trumped-up charges days after filing a harassment complaint against a senior newsroom official.

She also wrote that she had confided in McCormack during a mediation session that her grandmother, who had sought refuge with Marcus’ father in Israel after World War II, was dying.

“I can tell you it was easily one of the most difficult and lonely periods of my life,” she wrote.