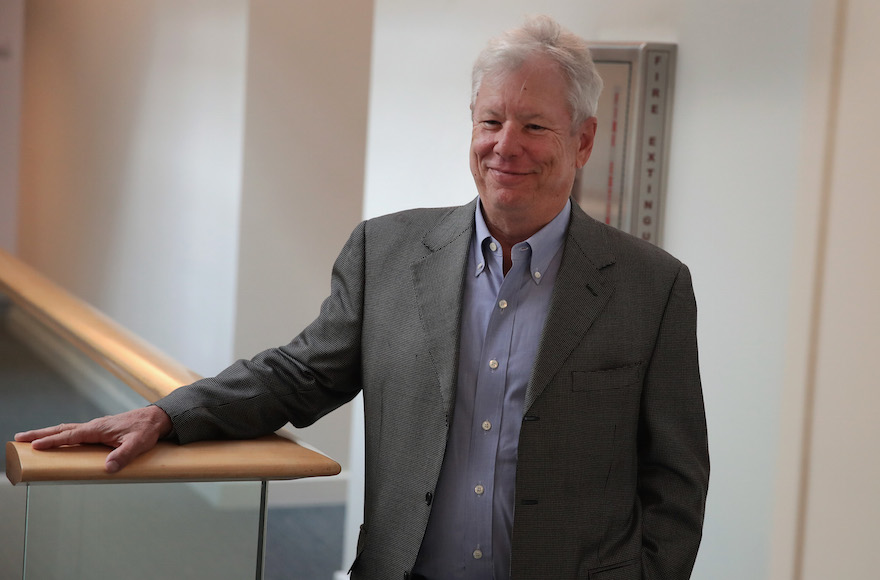 University of Chicago Professor Richard Thaler arriving at his office after learning he had been awarded the 2017 Nobel Prize in Economics in Chicago, Oct. 9, 2017. (Scott Olson/Getty Images)
Advertisement

(JTA) — Richard Thaler, a professor at the University of Chicago, won the Nobel Prize in Economic Science for his pioneering work in the field of behavioral economics.

The Nobel Committee in announcing the prize for Thaler on Monday in Stockholm said his research helped lead to changes in public policy, such as employees being automatically registered in programs to save for retirement.

Following the announcement Thaler, who is Jewish and was born in East Orange, New Jersey, said his work rested on the idea that “in order to do good economics, you have to keep in mind that people are human.”

His research helps predict human economic decisions. While people often behave in irrational ways, Thaler’s work showed that they do so according to certain patterns.

The 72-year-old economist, who made a cameo alongside Selena Gomez in the 2015 film “The Big Short,” joked that he would spend the $1.1 million award “as irrationally as possible.” He said he would continue his work in economics.