Jewish women share their tales of harassment, and a rabbi atones 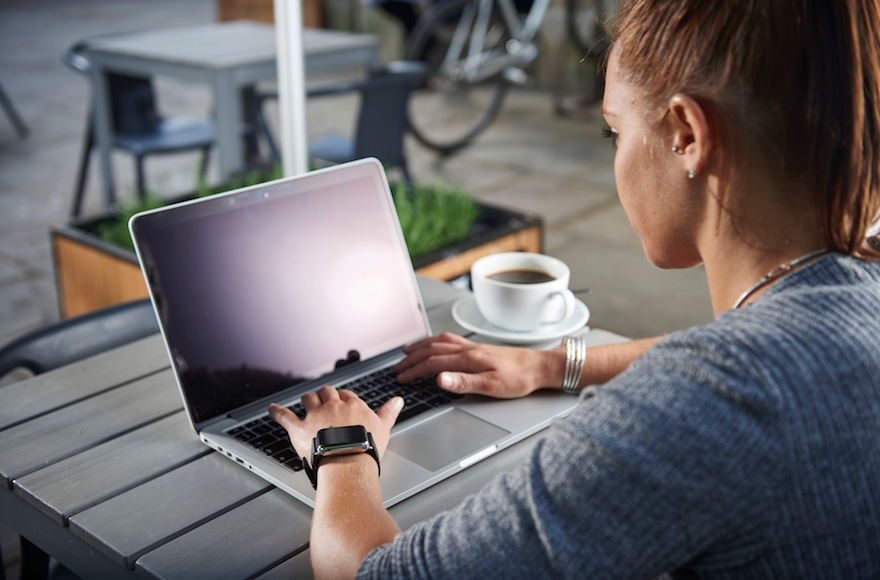 Women are sharing their tales of sexual harassment and assault by using the hashtag #MeToo. (Joseph Branston/Future Publishing via Getty Images)
Advertisement

(JTA) — It has happened in a Jerusalem marketplace. On a flight to Israel. On the way home from an Orthodox Brooklyn wedding. Jewish women are among the hundreds of thousands saying, under the hashtag #metoo and in the wake of the Harvey Weinstein scandal, that they’ve been groped, harassed or assaulted by men.

And in response, a male rabbi rewrote a Yom Kippur prayer to confess the ways he has objectified and violated women.

The #metoo hashtag has spread across social media as women have shared their stories of being sexually harassed or assaulted. The campaign began Sunday night, after actress Alyssa Milano tweeted “If all the women who have been sexually harassed or assaulted wrote ‘Me too.’ as a status, we might give people a sense of the magnitude of the problem.”

If you’ve been sexually harassed or assaulted write ‘me too’ as a reply to this tweet. pic.twitter.com/k2oeCiUf9n

Since Milano’s initial tweet, the hashtag has been used more than 200,000 times, according to the BBC.

Women have also shared their stories of abuse in Jewish settings, and of the institutional inaction that sometimes followed when they reported assault or harassment.

Eliana Fishman, a graduate student in New York City, wrote about being harassed by homeless men a Jewish summer program encouraged her to talk to, and added that “I get frustrated every time a male religious leader urges his devotees to chat with people on the street, without acknowledging how street harassment works.”

Leah Solomon, who lives in Jerusalem, wrote that years ago, as a 19-year-old counselor at a Jewish camp, four of her 14- and 15-year-old campers came to her with stories of abuse by the same man in their home community. The camp did nothing, she wrote, because the abuse happened off camp grounds.

Debra Nussbaum Cohen, a New York correspondent for Haaretz, wrote that she was assaulted on her first flight to Israel, at age 18.

“I was 18 and on my way to Israel, flying alone for the first time anywhere, and the man next to me groped me repeatedly under the blankets on the overnight flight,” she wrote on Facebook. “At the time I lacked the self-confidence or agency to tell him to stop or call the flight attendant. You can be damn sure I’ve done all I can so that my daughters don’t.”

The #metoo posts have also prompted responses from men who acknowledge the enormity of the problem of sexual abuse, and are promising to do more to stop it. Rabbi Andrew Shapiro Katz, who lives in the Israeli city of Beersheva, wrote a Facebook post meant to be a personal confession in the style of a Jewish prayer, declaring the ways in which he has wronged women:

I have objectified. I have disrespected. I have taken advantage. I have harassed. I have violated.
I have sought sexual gratification/conquest with little to no regard for the feelings of the other.
I have touched without certainty of consent.
I have pursued in ways that caused discomfort and possibly fear.
I have uncovered what someone wanted covered.
I have looked when someone expected privacy.
Much of it was as a boy, but not all.
Maybe most of the women do not remember, but assuredly some do.
Maybe what I did was so run-of-the-mill that it isn’t what any of the women posting “MeToo” are referring to.
But so what.
I know the culture and I was a participant in it, even as I came to fight against its more egregious manifestations.
I am not shocked by what other men do because I remember my own actions and thoughts and I can extrapolate.
I feel guilt and shame. I feel pain for pain I caused, or that I minimized or ignored.
But I also feel, and know, that I am responsible. I can do better. I can do more.

The post mimics the “Ashamnu” confessional prayer recited on the day of Yom Kippur — a Hebrew acrostic listing the ways people have sinned. It begins, “We have trespassed. We have betrayed. We have stolen.”

Katz ends his version of the prayer by taking responsibility for the pain he’s caused and pledging to take action to prevent abuse in the future.