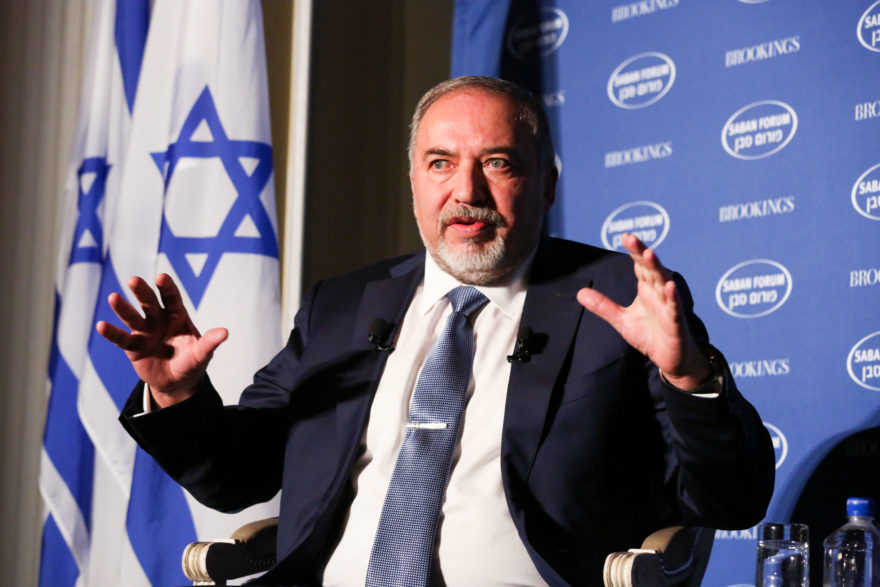 WASHINGTON (JTA) — Israeli Defense Minister Avigdor Liberman, meeting with his counterpart, U.S. Defense Secretary James Mattis, said it was in the best interest of both countries to forge alliances with “moderates” in the Middle East.

“We are facing a lot of challenges in the Middle East, and the real division today, it’s not between Jews and Muslims or Christians, it’s not between Shiite or Sunni, between different religions but between moderate and radical people,” Liberman said Thursday at a photo-op with Mattis on the Pentagon steps. “And we’re also happy to see and we completely support your efforts to establish a coalition of moderate people.”

Mattis, in his own remarks, had referred to “forming working groups that expand and deepen our relationship as new threats and new dynamics come into focus for us.”

Liberman has recently expressed concern that the Trump administration has deferred too much to Russia in its Syria strategy. Russia is a de facto ally of Iran in attempting to prop up the Assad regime. Israel fears that Iran, its most recalcitrant enemy, may emerge from its role in the civil war in neighboring Syria with a permanent presence in the country.

Speaking the same day at a Foundation for Defense of Democracies forum, H.R. McMaster, the Trump administration national security adviser, expressed skepticism about the prospects of Russia being able to influence Iran.

“I don’t know if anybody can deliver the Iranians,” McMaster said when asked if the Russians could “deliver” Iran in Syria. Instead, he said, the international community must continue to pressure Iran. “The Iranians have to understand they are going to pay a price, they’re going to pay a price in terms of isolation, diplomatic isolation if they continue on the path they’re on,” he said.

Meanwhile, on Saturday night, Lt. Gen. Gadi Eisenkot, the IDF Chairman of the Joint Chiefs of Staff , left for the United States for an official visit. During the visit he is scheduled to meet with American defense officials and foreign chiefs of staff, and they will discuss ways to combat extremist organizations together, according to the Israel Defense Forces.