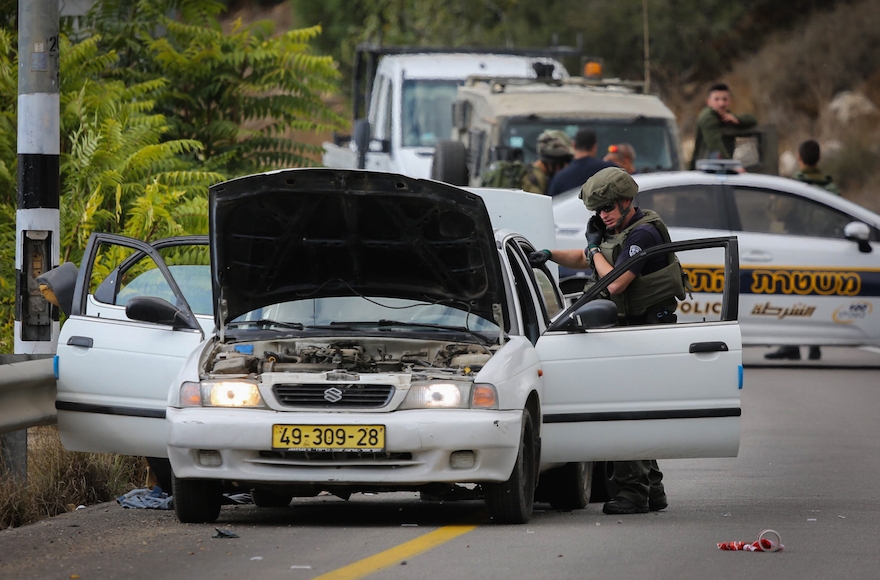 Israeli security forces at the scene of a suspected car-ramming attack near the West Bank city of Ramallah, Oct. 31, 2017. (Flash90)
Advertisement

JERUSALEM (JTA) — The driver of a Palestinian vehicle in the West Bank was shot and killed after accelerating his car toward soldiers and not heeding their warnings to stop.

Muhammad Abdallah Ali Musa, 26, was shot twice and died of his injuries in the Tuesday morning incident. His sister, Latifa Abdallah, 33, was shot and wounded.

The Israel Defense Forces opened an investigation into the incident, which occurred near the Halamish settlement. A preliminary investigation on Tuesday ruled out terrorism as a motive, Ynet reported.

The soldiers reportedly had received a report of a car registered to a Palestinian driving suspiciously and were asked to stop it. The soldiers came to the road and signaled for the driver to halt, but instead he accelerated, the IDF said.

“The soldiers perceived the vehicle as a threat and consequently fired toward it in order to stop it,” the IDF said in a statement.