Why 30,000 Orthodox women belong to this recipe-sharing Facebook group 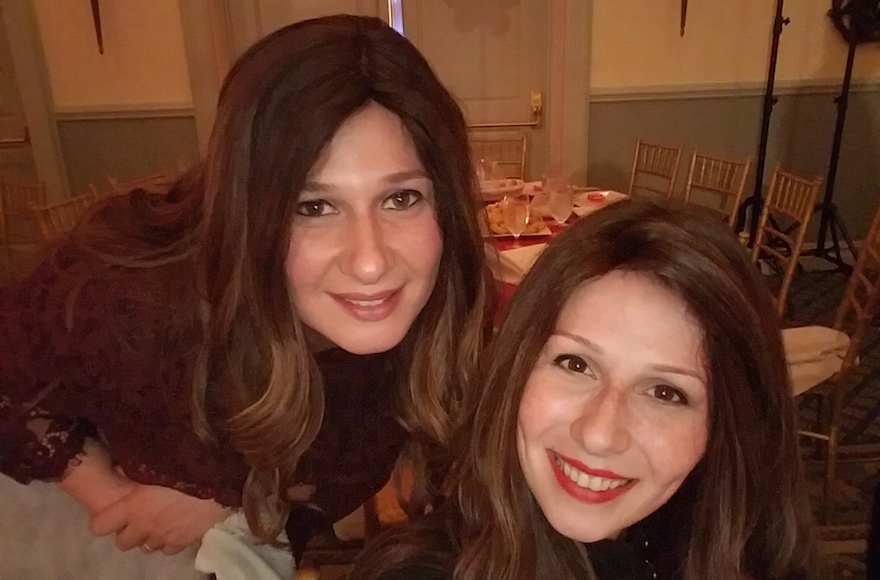 (JTA) — Getting dinner on the table is a challenge for any busy, modern family.

With larger-than-average family sizes and religiously mandated dietary restrictions, however, mealtimes can be even more complex at Orthodox Jewish homes. There’s a limited number of kosher restaurants in any given area, and home-cooked Shabbat meals are often considered the highlight of the week.

Take the financial burden of kosher dining with large families, combine that with the demand for weekly delicious meals for a crowd, and the pressures feeding an observant family can become rather intense.

But what if there was a way to trade time- and family-tested meals with a like-minded bunch of people?

That’s where the Facebook page I Don’t Cook But I Give Out Recipes comes in.

Born in 2007, it’s the brainchild of two Brooklyn sisters — Goldie Adler Nathan, 35, and Esty Adler Wolbe, 30 — who created a forum to allow kosher cooks from across the globe to trade recipes, swapping information about everything from chicken soup and cholent to Italian desserts and kung pao tofu.

I Don’t Cook But I Give Out Recipes, however, quickly became more than just a recipe swap site. It has evolved into a full-fledged community of mostly Orthodox women who discuss everything from health issues to the division of labor in families. Today, its 30,000 members swap tips on marriage, child rearing, holidays and, of course, cooking.

“It’s a support group,” said Wolbe, a mother of four, of the page’s success. “Friday afternoon, when you’re busy cooking [for Shabbat], you know you’re not alone.”

Kosher cooks, she points out, face burdens above and beyond most home cooks, including meeting dietary restrictions and the high cost of kosher meat.

“We’re overcooking, not just on Thanksgiving and Christmas,” Wolbe said. “We overcook once a week on average.”

The size and the commitment of the page’s members is particularly impressive considering that the site began as something as a joke: As a 19-year-old newlywed who lived in a cramped basement apartment, Wolbe “hated her kitchen,” per Nathan’s description. Instead of cooking for herself and her husband, Yitzy, a loan officer at a car dealership, the couple would go out to eat or visit relatives for meals.

So Nathan created I Don’t Cook but I Give Out Recipes to tease Wolbe, who loved dishing out recipes and advice despite never actually using her kitchen.

“My mother is always saying ‘how can you make fun of your sister like that?’” Nathan said with a chuckle.

At first, the page was simply a forum for family and friends to share recipes or post a photo of a particularly picture-perfect meal. Soon, though, word spread among members’ extended networks, and more people began using the page to post recipes and talk about food on a regular basis.

As it happens, Wolbe was just beginning a cooking odyssey of her own. When she had her first baby in 2007, eating out wasn’t so easy anymore.

“It was born out of necessity,” she said of her cooking, “and soon it became love.”

Their family, Wolbe explains, moved to the United States from the Ukraine, where their grandmother was known for her cooking prowess, which she passed on.

“I come from a long line of amazing cooks,” she said. “I grew up in the kitchen.”

Fast forward to 2015, when Wolbe — a full-time foodie by then, with a popular kosher food blog, Cooking with Tantrums, as well as an online cooking show at Kosher.com — was shocked to discover the page had 16,000 members.

That year, Wolbe became administrator of I Don’t Cook But I Give Out Recipes. She switched it to a closed group — vetting new members to make sure they actually exist — keeping it focused on kosher food and insisting on a high level of courtesy from users.

“Esty does a fabulous job of setting and keeping the tone friendly, fun and helpful,” said member Vichna Belsky, 35, of New York.“Plus, it’s fun to sometimes bump into a random person someplace and discover you’re both in this group”.

While the focus is on Jewish cooking, it’s emphasis is the unique needs of religiously observant Jews. “Fake shrimp ideas needed!” read one recent post (shellfish is a kosher no-no). Another declared: “Hosting a bunch of teenagers next Shabbos lunch. Need ideas for a menu that will go down well with them.” 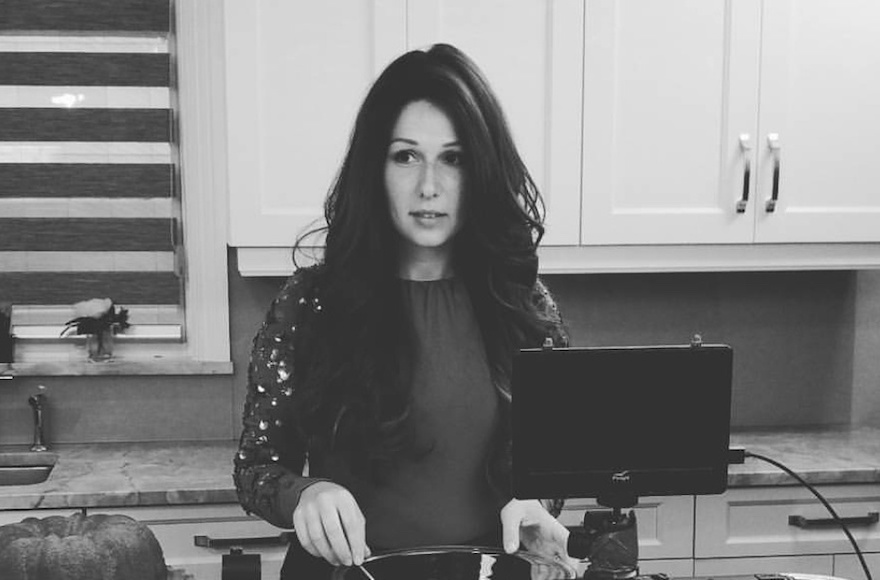 Esty Wolbe on the set of her Kosher.com show “Easy Does It.” (Courtesy of Wolbe)

However, given that Jewish cooking — along with home cooking, in general — has become decidedly more gourmet in recent years, not all of the group’s members enjoy putting meals on the table.

“The foodie world has exploded,” said Wolbe, pointing to the proliferation of cooking shows, magazines and blogs, hers included. “Everyone has the ability to be a top chef.”

For some Orthodox Jewish women, who typically entertain on a weekly basis, it can be stressful to keep up.

“Just wanna say, no other group has made me feel quite this inadequate,” read one recent I Don’t Cook But I Give Out Recipes post.

“It makes me want to cry,” declared another. “I look at all these masterpieces and feel like a complete failure.”

However, these and similar posts garner hundreds of responses — with some users sharing tips (such as “start simple” or choose just one or two standout dishes) and others providing reassurance that not everyone was busy producing restaurant-quality meals.

“I remember one post by a mother saying ‘I just had a baby and I don’t know how people do it, I’m so exhausted,'” Wolbe said. “And within a few minutes, she had three weeks worth of meals. These [the people who responded] were total strangers.”

Over the years, users have asked for help finding kosher accommodations while traveling or posted pictures from the supermarket inquiring about unfamiliar kosher symbols on packaged foods. Some have also tried to find jobs for members.

One common post on I Don’t Cook But I Give Out Recipes: “Taking challah in an hour, please send names.” That’s a reference to the mitzvah, or commandment, of separating a piece of dough as one makes challah, in remembrance of the portion of dough that used to be given to the Temple priests in Jerusalem during ancient times. It’s a key mitzvah among observant Jewish women. Many women pray for others before “taking challah,” and the requests for names can generate up to a hundred requests for prayers.

The requests from page members include those for recovery from illness, for children and fertility, for young women to speedily find a marriage match.

“It can take 20 minutes or more” to recite all the names, Wolbe said, “which is a long time when you’re trying to make dinner for your kids.”

Yet week after week, members continue to ask their fellow kosher cooks around the world for the names of loved ones for whom to pray.

It’s that community-minded spirit that keeps I Don’t Cook But I Give Out Recipes alive.

“It’s like being friends with a huge bunch of really savvy, smart and experienced cooks who are available 24/6 to help you,” said member Nechama Samuels, 42, who lives in Israel. “In return, we try to chip in and do our part to help others.”

She adds: “All in all it’s a wonderful resource and even — dare I say it? — family.”