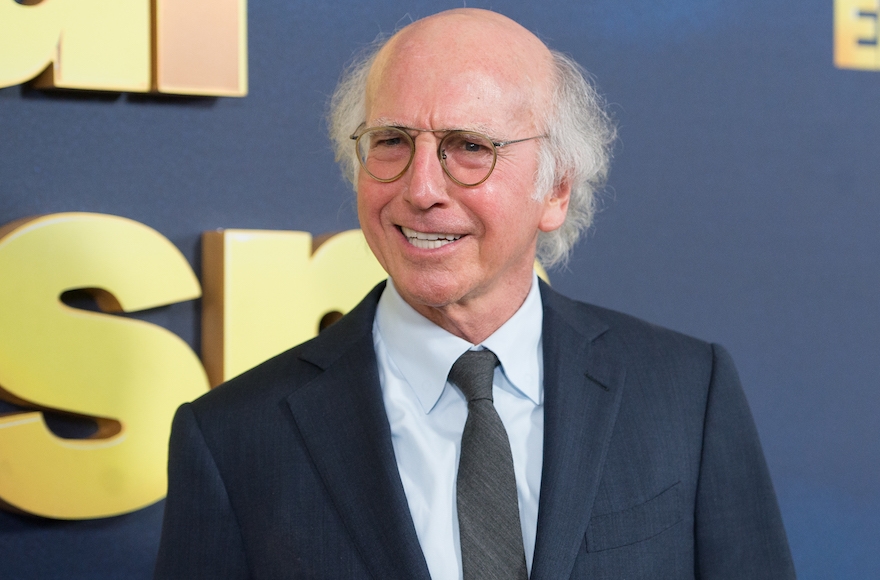 The Center of Organizations of Holocaust Survivors in Israel in a statement described David’s monologue “at best as bad taste, at worst as sickening and disgusting.”

The group, which represents Holocaust survivors in Israel, called on the Jewish creator and star of the HBO comedy “Curb Your Enthusiasm” to apologize.

“One can wonder why and how the latest scandals on sex harassment in Hollywood and elsewhere (of which he accused most of the predators to be Jewish) brought to his mind Poland, Hitler and the Holocaust. Should we remind Larry David that Jewish women were humiliated, molested, disfigured and often raped in concentration camps?”  the group said in its statement.

Many deemed the bit insensitive or in poor taste.

“I’ve always been obsessed with women, and I’ve often wondered if I’d grown up in Poland when Hitler came to power and was sent to a concentration camp, would I be checking women out in the camp? I think I would,” David said.

“‘Hey, Shlomo, look at that one over there by Barracks 8, oh my God is she gorgeous. I’ve had my eye on her for weeks. I’d like to go over and say something to her,’” he continued. “The problem is, there are no good opening lines in a concentration camp.”

He then imagined what kind of pick-up lines he would use with the women there.

“‘How’s it going? They treatin’ you OK? You know, if we ever get out of here, I’d love to take you out for some latkes. You like latkes?’”

He concluded: “What? What’d I say? Is it me, or is it the whole thing? It’s because I’m bald isn’t it,” apparently referring to both his own bald pate and the Nazi practice of shaving concentration camp inmates’ heads.

David also referred to the Harvey Weinstein scandal, which has encouraged other women to come out and identify their sexual predators, many of them in the entertainment industry, well known and Jewish.

“I couldn’t help but notice, a very, very disturbing pattern emerging – which is that many of the predators – not all, but many of them are Jews,” David said. “And I have three words to say to that: oy vey iz mir. I don’t like it when Jews are in the news for notorious reasons. What I want: Einstein discovers the theory of relativity, Salk discovers a cure for polio. What I don’t want: Weinstein took it out.”

Jews and non-Jews criticized David on social media even before “SNL” wrapped for the night.

“#LarryDavid I know of a few million people who think your holocaust joke on @nbcsnl was tasteless. That will NEVER be anything 2 joke about,” said one tweet.

“How did the #SNL producers let Larry David make jokes about the Holocaust and being in a concentration camp? Not remotely clever or funny,” said another.