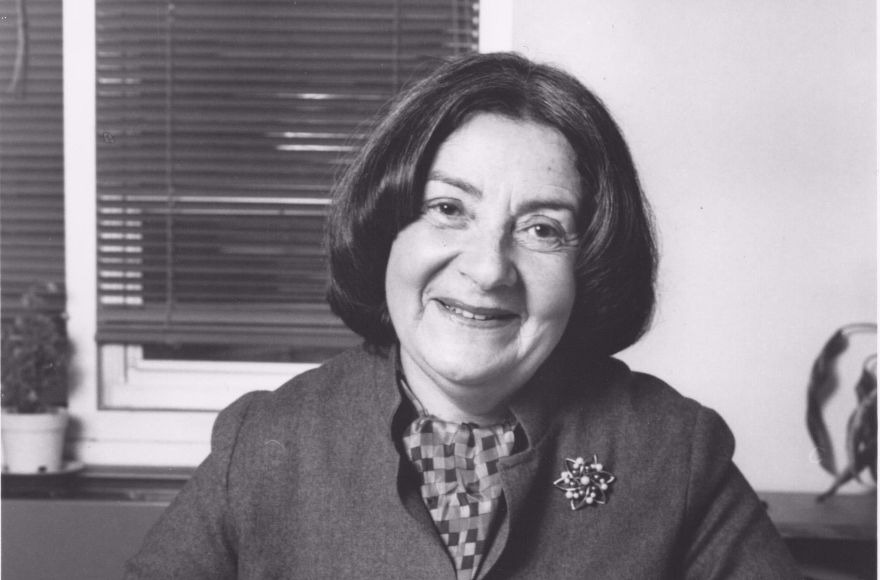 (JTA) — Tzipora Jochsberger, founder of the Kaufman Music Center in New York and a director of the Rubin Academy for Music and Dance in Israel, has died.

Jochsberger, a composer, musicologist and educator who survived the Holocaust due to her musical abilities, died Oct. 29 in Jerusalem at 96, the Kaufman Music Center announced.

Lydia Kontos, who succeeded Jochsberger as the center’s executive director in 1985, announced the death.

“Working with Tzipora taught me to believe that anything is possible if you have a mission to which you are committed,” Kontos said.

Jochsberger was born in Germany in 1920, studied music from the age of 8, and in 1934 entered the Jewish Teachers’ Seminary in Wüerzberg – one of the few schools of higher learning available to Jews in Germany at the time. In 1939 she left Nazi Germany to accept an invitation from the Palestine Academy of Music to study in Jerusalem. Her parents stayed behind and were later deported to Auschwitz, where they died. Jewish Women’s Archive described her acceptance to the Palestine Academy as “good fortune that ultimately saved her life.”

She graduated in 1942 with a diploma from the Palestine Academy of Music, and another from the Music Teachers’ Seminary in Jerusalem. She earned a master’s degree in 1956 and a doctorate in 1972 in sacred music from the Jewish Theological Seminary in New York.

In the 1940s, Jochsberger built a music program for Arab girls at the Women’s Teachers’ Seminary for Arab Girls in the British Mandate of Palestine. In 1947 she was elected a director of the New Jerusalem Conservatory and Academy of Music, later known as the Rubin Academy, where she ran the school’s music program. Noiw known as the Jerusalem Academy of Music it is located on the Givat Ram campus of the Hebrew University of Jerusalem.

She left Israel for the United States in 1950 with the assistance of the Culture Department of the Jewish Agency in New York, where she planned to use music to strengthen Jewish identity.

She founded The Hebrew Arts School in 1952 with 16 students in two borrowed classrooms at the Ramaz School with assistance from Moshe Davis, provost of the Jewish Theological Seminary and president of the Hebrew Arts Foundation. The school doubled in size in the first two years, and as the Kaufman Music Center has become a major city institution, Khousing the Merkin Concert Hall, a community arts school and a New York City public school for musically gifted children.  She served as the head of the center for 33 years until her retirement in 1985.

After her retirement, Jochsberger returned to Israel and founded the Israel Music Heritage Project, which produced the 10-part, award-winning video series “A People and its Music” illustrating the music and lifestyles of Jewish communities in Israel.

Jochsberger, who lost most of her family in the Holocaust and never married, wrote music that has been performed in Israel and the U.S., including Jewish choral works, as well as music for piano, recorder, violin, chamber music ensembles and music for children.