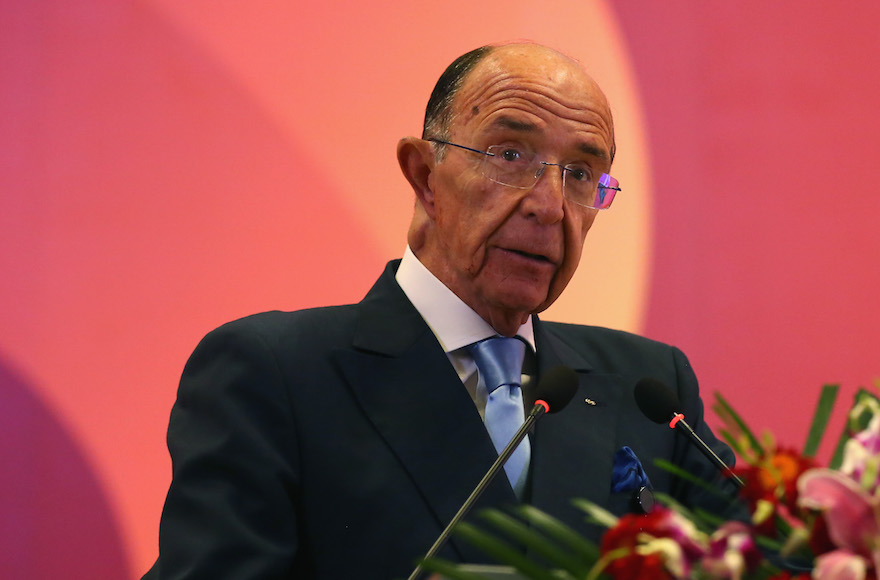 JERUSALEM (JTA) — The head of one of Israel’s largest television production companies announced that he was temporarily leaving his position in order to defend himself against accusations of rape and sexual assault.

Alex Gilady, president of the Keshet Media group, stepped down on Tuesday after a woman came forward to accuse him of rape. Two female journalists have accused him of inappropriate sexual behavior. Later Tuesday, two other women accused Gilady of rape.

The incidents all took place about 20 years ago. The women’s descriptions of what took place are similar.

“I am temporarily stepping aside from my position at Keshet until my innocence is proved,” Gilady wrote in a letter to the board of directors of Keshet. “I will fight to prove my innocence against these unsubstantiated claims. I reiterate that the allegations are false and I will take the necessary legal steps against these false accusations.”

Gilady served as a senior executive of the NBC network in the United States in the 1980s and ’90s, leaving as a senior vice president.

A former soccer and basketball player, he has been a member of the International Olympic Committee since 1994.

The Israeli Olympic Committee said in a statement: “Gilady is a man of many accomplishments, who has contributed much through the years to both Israeli sports and the Olympic movement. We were amazed at the allegations made against him and hope his personal conduct was not improper. The Israeli Olympic Committee denounces any form of sexual harassment and will continue working to allow a safe and secure training and activity environment for all athletes.”

Among the recent high-profile cases of sexual assault in Israel were a Tel Aviv nightclub owner who was charged with rape or other sex crimes against six women, and a revered army general who avoided charges of raping two women under his command by pleading guilty to having sex with one of them. In December, President Moshe Katsav was released from prison after serving five years of a seven-year sentence for rape and other sex crimes against three women.

On Monday, a female journalist accused Israeli media icon Haim Yavin, retired anchor of Channel 1’s “Mabat” primetime newscast, of propositioning her, and threatening to halt the advancement of her career if she did not comply.