Why you should support cancer research in Israel 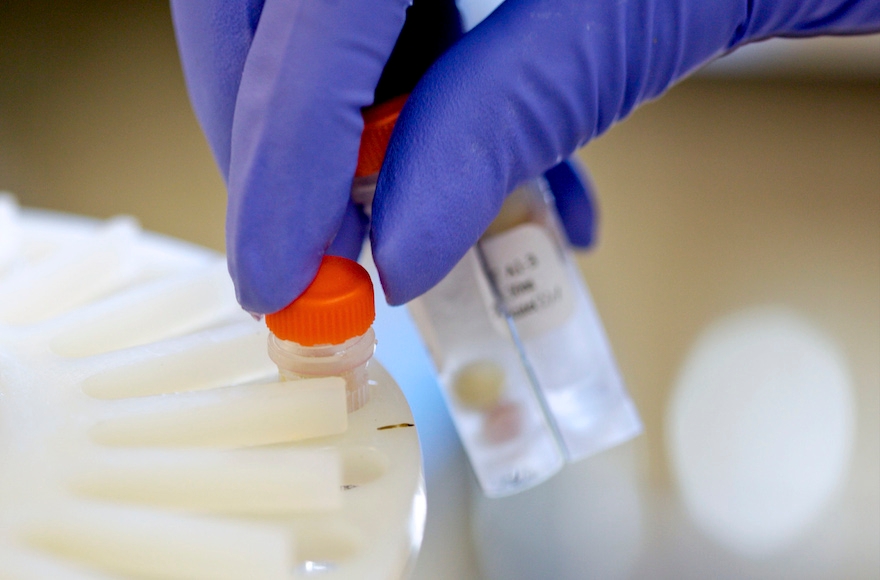 NEW YORK – As a busy criminal defense attorney with a roster of high-profile clients, I am not known to shy away from a fight. It doesn’t hurt that I grew up in Brooklyn, the scrappy son of immigrants and Holocaust survivors.

But nothing could have prepared me for the fight of my life, when my wife, Lynda, was diagnosed with breast cancer early on in our marriage. We had two young kids at home, and Lynda had to undergo a radical mastectomy and a year of chemotherapy before she was declared cancer-free and cleared for reconstructive surgery.

What I did not realize at the time was that Lynda’s lifesaving treatment was made possible by the yeoman’s work of scientists working long hours in unglamorous labs trying to understand the biological forces that drive cancer – and how to stop them.

So when God blessed me with professional success, I resolved to join the fight against this scurrilous disease. I turned to Dr. Hirshaut for advice on where to direct my support. His answer surprised me: Israel.

Though a tiny state with a population of just over 8 million, Israel has made disproportionately large contributions to the fight against cancer. A breakthrough in the 1980s by an Israeli scientist, Eli Canaani, was critical to the development of Gleevec, a drug that has saved the lives of millions diagnosed with leukemia. Velcade, a drug used to treat bone marrow cancer, was based on the research of two Israeli professors, Avram Hershko and Aaron Ciechanover, and their collaborator Irwin Rose, who went on to win the Nobel Prize for chemistry in 2004.

Israeli scientists discovered the role that mutations in the p53 gene play in causing cancerous tumors, and how a minor mutation in the RAD51 gene increases the risk of breast cancer in women with the BRCA2 gene mutation. It was ICRF-supported scientists at Hebrew University of Jerusalem and Hadassah Medical Center who contributed to the platform science that resulted in the development of Doxil, the first drug encapsulated in a microscopic fat bubble for direct delivery to a tumor site.

In case after case, significant advances in the science of cancer began in Israel. And then there is this important fact: Because of a lower salary structure and overhead costs, research dollars go much further in Israel than in almost any other developed nation.

So if you want your support to have maximal impact, Dr. Hirshaut told me, invest in Israel.

This, too, animates my support of Israeli science. Despite a spirit-rending campaign in some quarters to isolate the Israeli academic and research community, Israelis continue to make remarkable advancements in technology, medicine, and science – advancements that accrue to the benefit of all humankind.

Want to know what goes on at Israeli institutions of higher education? Learning. Insight. Imagination. Discovery. Healing. The best way to improve Israel’s image around the globe? Support its life-saving science.

For me, the question wasn’t whether to invest in Israel, but where? So many Israeli institutions are doing promising cancer research. How could I choose? Put me in a courtroom and I know my way around. A research lab, not so much.

Dr. Hirshaut introduced me to the Israel Cancer Research Fund (ICRF), which raises funds to support the most promising scientific and medical research at institutions across Israel.

The idea for the fund came in 1975 from a group of American and Canadian researchers, oncologists and supporters looking for ways to bolster the fight against cancer while combating the problem of “brain drain” from Israeli research institutions. In the four decades since its establishment, ICRF has distributed more than $60 million through 2,300 research grants to scientists at 24 Israeli institutions — from post-doctoral fellows to Nobel Prize-winners.

To identify the most deserving recipients, several dozen esteemed scientists and doctors from throughout North America meet annually in New York for a rigorous two-day proposal review. The decision-making can be wrenching because life and death hangs in the balance. That’s because every year, dozens of promising proposals go unfunded for one simple reason: We don’t have enough money.

Who knows whether one of those deserving, unfunded requests could have yielded clues to overcoming the early-detection problem of lung or ovarian cancer, or the stubborn lethality of pancreatic cancer?

The simple fact is this: Israel’s government alone cannot meet the needs of scientific research in Israel. Without extra support from Diaspora Jews, Israel risks losing these scientists and humanity risks losing critical, life-saving advancements in the fight against cancer.

At times of crisis, Israel is often among the first countries to step up, from the 2010 earthquake in Haiti to the recent earthquakes in Mexico. Israel even extends a helping hand to Syrians, whose country is hostile to the Jewish state. We need to step up for Israel. There’s no better cause, and no better place to invest in the fight against cancer.

I rest my case.

(Benjamin Brafman is a criminal defense attorney in New York.)
The views and opinions expressed in this article are those of the author and do not necessarily reflect the views of JTA or its parent company, 70 Faces Media.