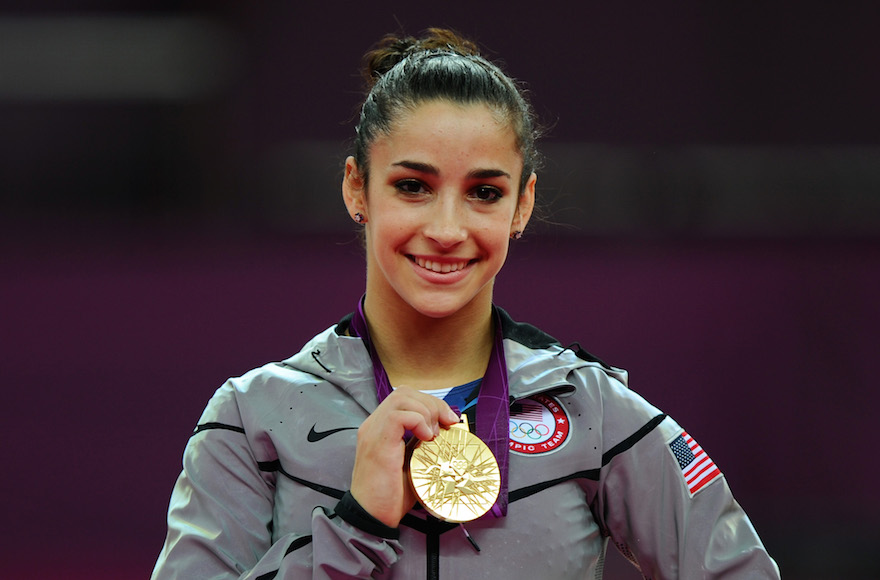 Alexandra Raisman poses on the podium with her gold medal in the Summer Olympics in London, England, August 7, 2012. (Michael Regan/Getty Images)
Advertisement

Nassar also has been accused of various levels of inappropriate or abusive sexual behavior by more than 130 women and girls, nearly all at Michigan State University. His accusers include Olympic gold medalists Raisman, McKayla Maroney and Gabby Douglas.

He resigned from USA Gymnastics in the summer of 2015.

Nassar, 54, faces up to 25 years in prison under a plea deal, though the judge could set the minimum sentence as high as 40 years, according to the Associated Press. Sentencing was set for Jan. 12, when the victims will be invited to speak. Nasser pleaded guilty to federal child pornography charges in July 2017, and is currently in jail awaiting sentencing in December 2017

Nassar, who admitted that his conduct had no legitimate medical purpose and that he did not have the girls’ consent, said in a statement Wednesday that he made the plea “to move the community forward and stop the hurting.”

“I pray every day for forgiveness,” he also said.

The girls said some of the incidents occurred when a parent was in the room when they sought help for gymnastics injuries.

Raisman tweeted during the hearing: “Court referring to Larry as DOCTOR Nassar. I AM DISGUSTED. I am very disappointed. He does NOT deserve that. Larry is digusting (sic). Larry is a MONSTER not a doctor.”

Nasser also pleaded guilty to federal child pornography charges in July 2017, and is scheduled to be sentenced next month. His medical license also has been revoked.

Raisman, 23, was 15 when she was first treated by Nassar. In a CBS “60 Minutes” interview earlier this month, Raisman said she spoke to FBI investigators about Nassar following the 2016 Olympic Games in Rio de Janiero, after an investigation by the Indianapolis Star revealed that USA Gymnastics had a policy of not disclosing sexual abuse reports unless they were filed by the victims or a parent. She won three medals at the Brazil games, including gold in the team overall.

Raisman is pushing for change at USA Gymnastics, the national governing body for the sport.