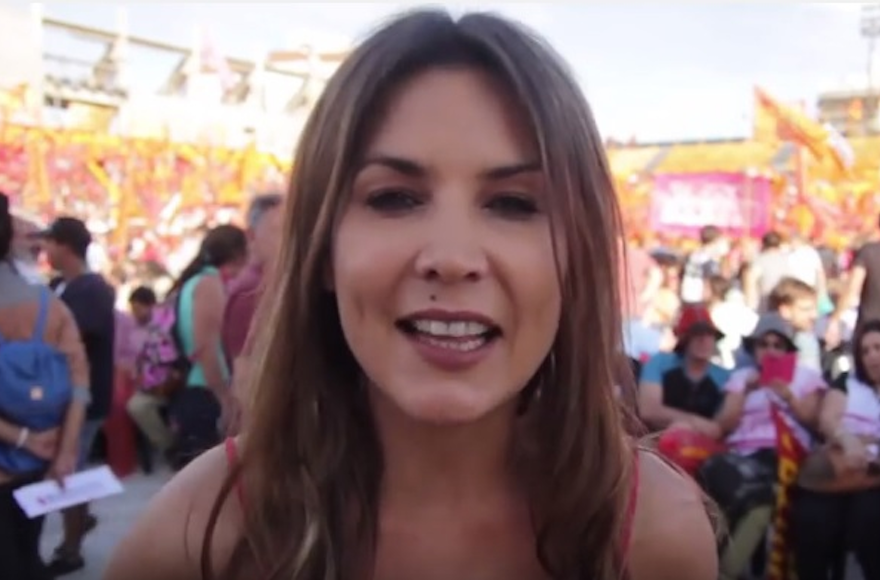 BUENOS AIRES, Argentina (JTA) — An Argentine model and TV celebrity was fired as the host of a national television show after she posted anti-Semitic comments on her Twitter account.

Ursula Vargues was fired recently from “Us In The Morning” a day after tweeting that Jews control the media. She called herself a “shitty atheist” and said “religion is not an excuse to victimize.” That tweet and others deemed offensive were deleted from her account.

Vargues met this week in Buenos Aires with representatives of the Jewish political umbrella DAIA to talk about her tweets.

At the meeting Monday, when asked if she was sorry for her tweets, Vargues reportedly replied, “I regret having hurt the people of the community. I cannot apologize for something I did not intend. I did not want to hurt anybody.”

In March she tweeted about the atrocities committed by the last military dictatorship, which ruled the country between 1976 and 1983, and compared them with the Nazis under Hitler, specifically Nazi experiments on children, but concluded that the Argentine military was worse.

On the day of her firing, the National Institute Against Discrimination, Xenophobia and Racism published a statement repudiating Vargues’ “racist” declarations.

The anchor of “Us In the Morning,” Fabian Doman, said she “apologized to those who she may have hurt but showed no remorse and did not retract the content of tweets.”