Netanyahu denies saying Reform Judaism will assimilate away by 2070 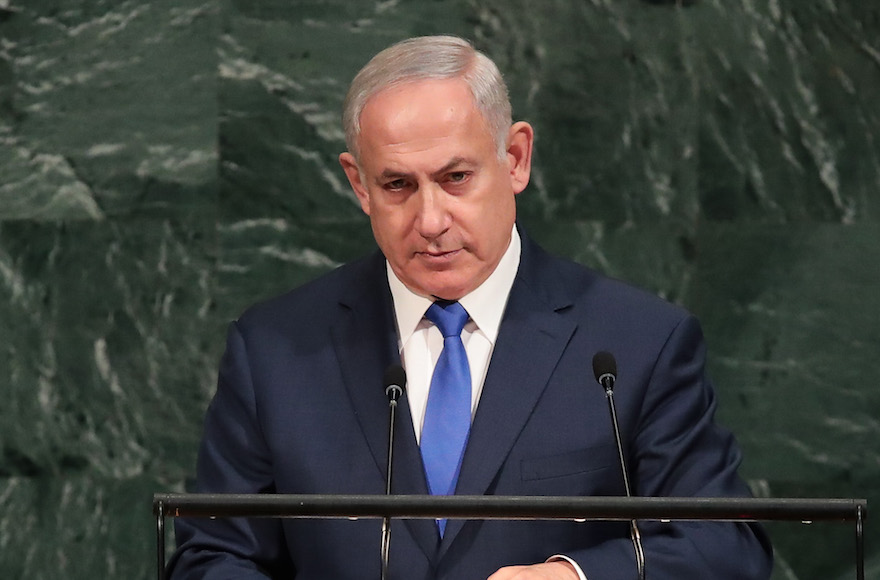 (JTA) — Israeli Prime Minister Benjamin Netanyahu denied that he said in closed talks that Reform Judaism in the United States would disappear within two generations due to assimilation.

Netanyahu’s bureau said the reports, which appeared Friday in the Makor Rishon daily, were “inaccurate and do not reflect the Prime Minister’s views.”

Netanyahu and his government have come under harsh criticism in recent months from leaders of Reform and Conservative Judaism in the United States and beyond over his government’s refusal to implement a compromise that enlarges the space devoted to egalitarian prayer at the Western Wall, as well as its support for a bill that would give the Orthodox Chief Rabbinate formal control over conversions.

Yet according to Kahana’s reports, Netanyahu spoke of the scenario of the demise of Reform Judaism as a threat to Israel, saying the Jewish state needs to prepare for a day when it would no longer enjoy the base of support provided today by the Jewish community in the United States.