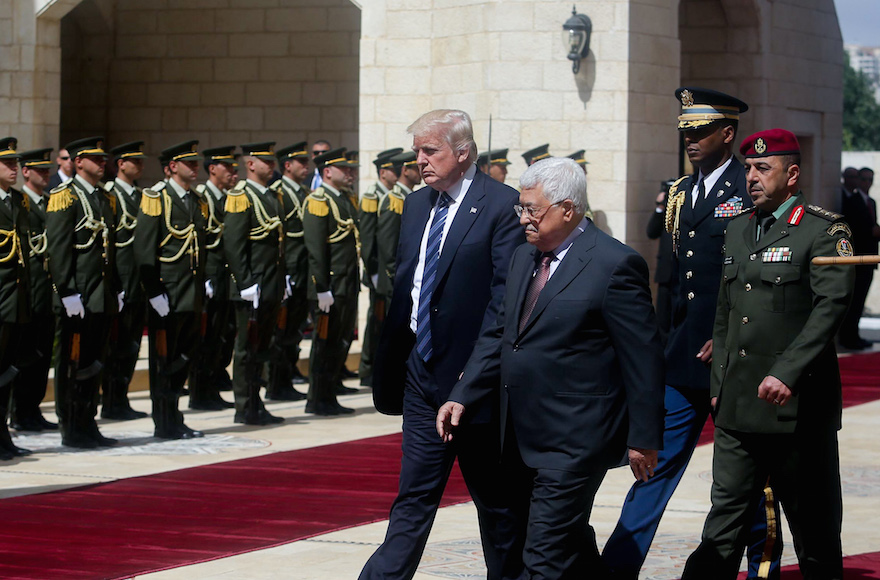 “POTUS called to brief President Mahmoud Abbas on his intention to move the US embassy to Jerusalem,” said a tweet Tuesday from the office of the negotiating office of the Palestine Liberation Organization, which Abbas chairs.

#POTUS called to brief President Mahmoud Abbas on his intention to move the US embassy to #Jerusalem: https://t.co/JvDz2QxDiH

The tweet linked to a story by the official Palestinian news agency, Wafa.

“Presidential spokesman Nabil Abu Rudeineh said that President Abbas warned [Trump] of the dangers of such a decision to the peace process, security and stability in the region and the world,” Wafa reported.

Abbas would work with the international community to prevent the move, the report said.

Trump also had calls scheduled Tuesday with Israeli Prime Minister Benjamin Netanyahu and Jordanian King Abdullah ahead of a rumored speech the president may give the following day on the embassy issue.

Trump, who campaigned on a promise to move the embassy to Jerusalem and to recognize the city as Israel’s capital, let lapse a Dec. 1 deadline to waive a 1995 law mandating the moving of the embassy.

On Monday, the White House would only say that “We will share a decision on the waiver in the coming days.”