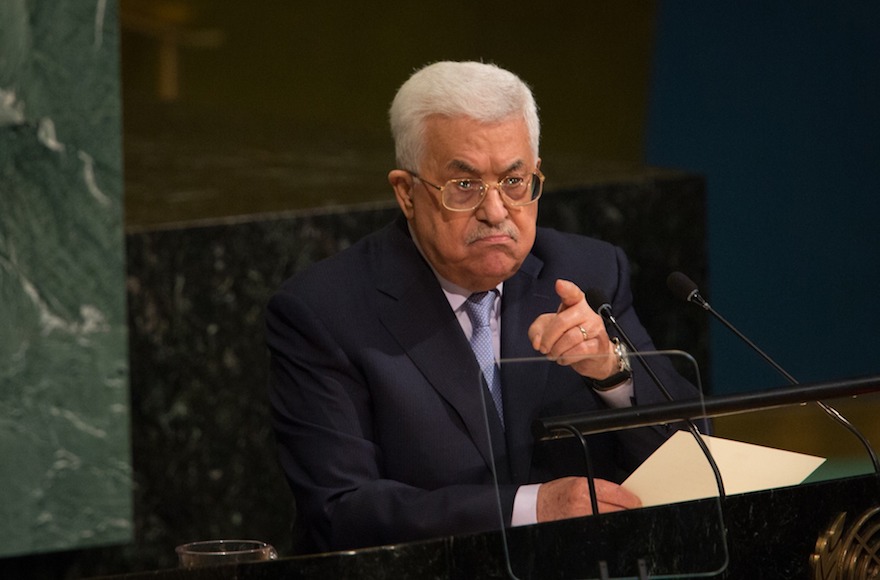 (JTA) — Palestinian Authority President Mahmoud Abbas is refusing to meet with Vice President Mike Pence when he visits the region next week in the aftermath of the U.S. recognition of Jerusalem as Israel’s capital.

Jibril Rajoub, a senior Fatah politician, said last week that Pence during his two-day trip starting Dec. 17 wanted to schedule a meeting with Abbas in Bethlehem on Dec. 19, but “such a meeting will not take place.”

“In the name of Fatah, I say that we will not welcome Trump’s deputy in the Palestinian territories,” Rajoub said Thursday, the day after President Donald Trump made the announcement on Jerusalem.

Pence spokesman Jarrod Agen said in a statement: “It’s unfortunate that the Palestinian Authority is walking away again from an opportunity to discuss the future of the region, but the administration remains undeterred in its efforts to help achieve peace between Israelis and Palestinians and our peace team remains hard at work putting together a plan.

“The President has asked Vice President Pence to go to the region to reaffirm our commitment to work with partners throughout the Middle East to defeat radicalism that threatens the hopes and dreams of future generations.”

Pence reportedly will speak to the Knesset and light a Hanukkah menorah at the Western Wall. He will then travel to Egypt, where he is scheduled to meet with President Abdel Fattah al-Sissi and tour pyramids outside of Cairo.