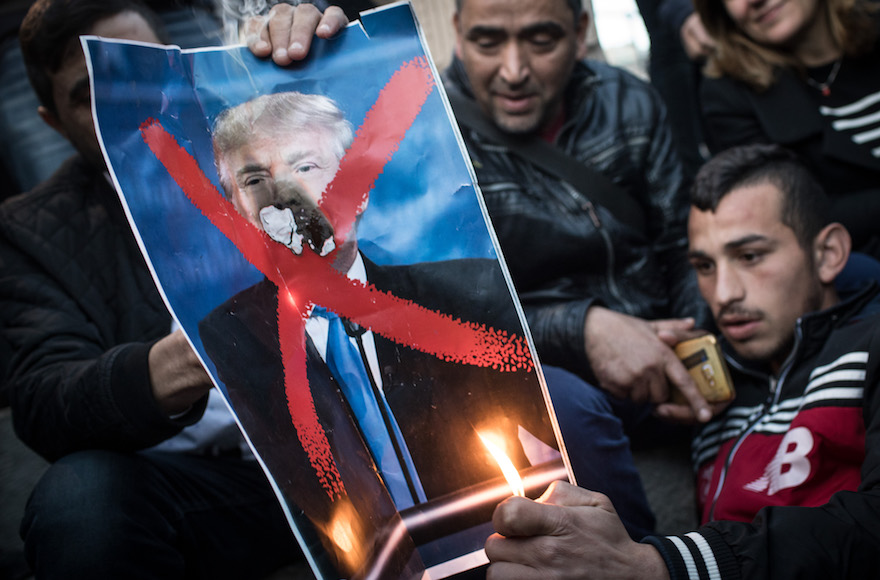 JERUSALEM (JTA) – To be sure, President Donald Trump’s recognition last week of Jerusalem as the capital of Israel was not a major concession. Israel was always expected to get a recognized capital in the city under any Middle East peace deal, and the president did not reject Palestinian claims to have their capital there, too.

However, the change in two decades of American policy on Jerusalem cemented the impression on both sides that the United States was tilting toward Israel. With Trump’s team working on a peace deal, Israeli and Palestinian leaders debated how his decision would affect the effort.

The Israelis said their country still wants peace and Trump was only recognizing the obvious: Israel already controls all of Jerusalem, has treated it as its capital for 69 years and was never going to settle for anything less than an acknowledgement that the city is its capital. Whether the Palestinians can also claim parts of Jerusalem as their capital remains an open question, but that was always one of the so-called “final-status issues” at the heart of negotiations.

Israeli Prime Minister Benjamin Netanyahu said Sunday during a visit with French President Emanuel Macron that Jerusalem was as much Israel’s capital as Paris was France’s, and that recognition of this fact was necessary for peace.

“I think that what peace requires is to be built on the foundation of truth, on the facts of the past and on the present,” Netanyahu said. “This is the only way that you can build a pluralistic and successful future.”

More important, Israeli leaders contended, Trump gave the Palestinians a long overdue reality check. They said the president showed that he would not indulge the Palestinians’ attempts to deny Israel’s existence.

Netanyahu made that equation explicit in a meeting Monday with European foreign ministers in Brussels. He likened the Palestinians’ opposition to recognizing Jerusalem as Israel’s capital with their refusal to accept the existence of a Jewish state, which he has long maintained was the primary obstacle to peace.

Palestinian leaders, meanwhile, accused Israel of having no interest in making peace on terms they could ever accept. By giving Israel something it wants for free, they suggested, Trump signaled that he would not even try to oppose its continued settlement of eastern Jerusalem and the West Bank, which they said has made nearly impossible the creation of the state the Palestinians demand as part of a peace deal. 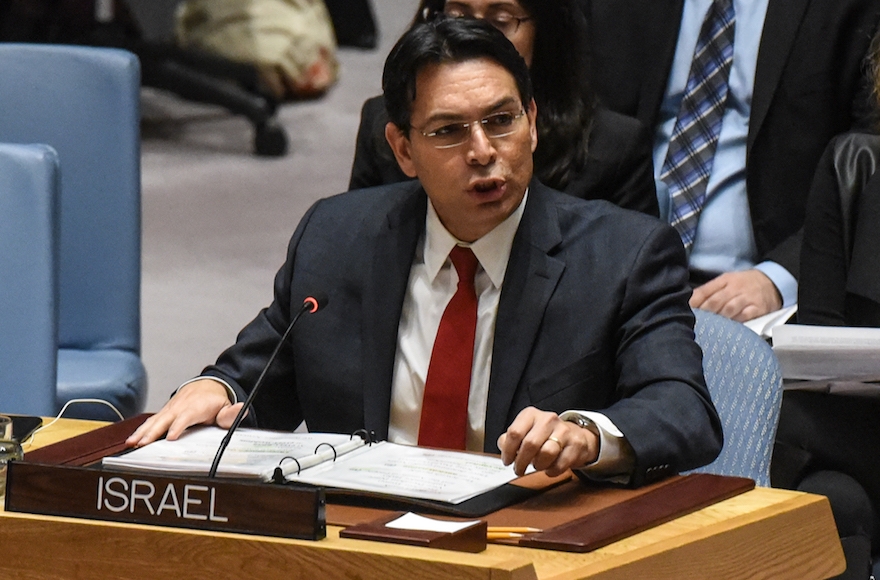 Danny Danon, Israel’s ambassador to the United Nations, speaking at a Security Council meeting the day after President Trump recognized Jerusalem as the capital of Israel, Dec. 8, 2017. (Stephanie Keith/Getty Images)

In an op-ed Thursday in The New York Times, Hanan Ashrawi, a Palestinian lawmaker and a member of the Palestine Liberation Organization’s executive committee, said Trump may have “finally put to rest the dream of a two-state solution, which has been on life support for years already.”

“By rewarding its claim on Jerusalem with official recognition, Mr. Trump is giving Israel a free hand to accelerate its policies of creeping annexation of the occupied Palestinian territories and its deliberate attempts to erase the Palestinians’ historical, political, cultural and demographic presence in historic Palestine,” she wrote.

Saeb Erekat, the Palestinian Authority’s chief peace negotiator, on Thursday for the first time endorsed giving up on a separate Palestinian state and instead pushing for a binational state shared by Jews and Arabs — an outcome unthinkable to most Israelis.

“Now is the time to transform the struggle for one state with equal rights for everyone living in historic Palestine,” Erekat told Israel’s Haaretz newspaper.

At the same time, Palestinian leaders said Trump’s recognition of Jerusalem as the capital of Israel showed once and for all that the United States was not an honest broker for peace. Palestinian Authority President Mahmoud Abbas said in a statement Friday that the United States was no longer fit to oversee the peace process. The next day, Abbas’ diplomatic affairs adviser confirmed that the president canceled plans to meet with Vice President Mike Pence this month in Ramallah, the Palestinian Authority’s de facto capital in the West Bank, because of the announcement on Jerusalem.

“There will not be a meeting with Pence. The matter is bigger than a mere meeting because the United States, in its decisions on Jerusalem, crossed redlines,” Majdi al-Khalidi told the P.A. radio station.

Palestinian leaders warned that with the two-state solution no longer viable, their people would turn to violence. The Palestinian Authority urged protests, and the Palestinian terrorist group Hamas called for a new intifada, or uprising — granted, a call they make habitually. A series of rockets was launched at southern Israel from Gaza, where Hamas governs.

However, by Tuesday, the status quo seemed to remain in effect. To ease pressure on Trump over his Jerusalem announcement, Netanyahu quietly delayed the final votes, slated for this week, on a bill that would make it harder for Israel to hand over any part of the city under a future peace deal, Israel’s Hadashot TV news reported Saturday. Pleased but not ecstatic over Trump’s decision, Israelis continued their daily routines.

In eastern Jerusalem, Gaza and the West Bank, a wave of Palestinian demonstrations petered out and schools and businesses that had closed reopened. Abbas’ foreign affairs adviser on Sunday clarified to The Times of Israel that the Palestinians had no plans to cut ties with the United States.

“We are not cutting our relationship with America. We are protesting the move of Mr. Trump,” Nabil Shaath said. “We think Mr. Trump has acted in a way that makes it impossible for the United States to act as an honest broker. We are just expressing that.”

Meanwhile, the world awaits Trump’s plan for what he branded as the “ultimate deal” between Israel and the Palestinians.